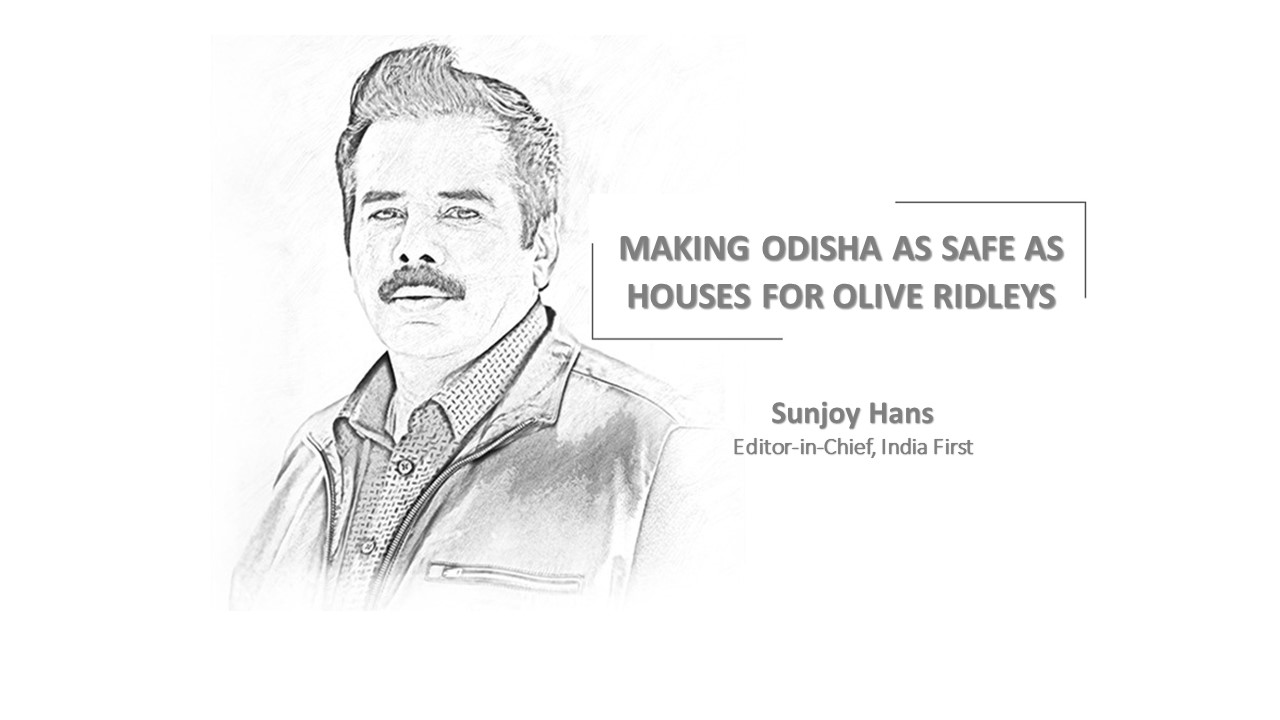 Thanks to the personal interest of Chief Minister Naveen Patnaik in the preservation of wildlife, the nesting of the endangered Olive Ridley turtles on the beaches close to their known rookeries in the Odisha is expected to be a smooth affair this time. Hopefully, this would also ensure an increase in the number of the turtles visiting the beaches for laying eggs, a fascinating natural phenomenon, especially when it takes place on a large scale.

Sporadic nesting of these eco-sensitive creatures, who enjoy the privilege of being one of the flagship wildlife species of the state, has already begun on the Gahirmatha beach in Kendrapara district. Gahirmatha happens to be the largest rookery of the Olive Ridleys in the world. Turtle ‘Olly’, a representative of the species, was made the official mascot for the Men’s Hockey World Cup held in Bhubaneswar from November 28 to December 16, 2018, to underscore state’s commitment to the conservation of their habitats. The Chief Minister had himself described the move as symbolic of Odisha’s efforts to preserve these reptiles. He had called the state the nesting cove of Olive Ridleys.

Given his keen interest in the preservation of the species, forest officials have stepped up efforts to make their nesting as safe and peaceful as possible. Steps have been taken to protect the turtles and their eggs from predators such as wild dogs, jackals, boars and birds. Forest officials have also set up hatcheries at Aagarnasi, Pentha, Madali and Babubali beaches. The eggs are being collected from the pits and stored in the hatcheries which have been covered with plastic nets as a safety measure.

Since sporadic nesting is a generally the precursor of mass nesting of the turtles, a phenomenon called “arribada”, special precautions are being taken by the state government. It has banned all types of fishing for seven months from November 1 to May 31 to save these endangered marine species. Emphasis is also being laid on protecting the turtle hatchlings from bright lights which could disorient them as they make their way to the sea from the beaches.

Apart from Gahirmatha, the Olive Ridley turtles lay eggs in large numbers also on the beaches at the Devi and Rushikulya river mouths in the state. Forest officials are keeping a close watch on these beaches as well. Fortunately for the turtles, people living in the vicinity of Rushikulya river mouth happen to treat them as a good luck omen and have formed local committees for their protection. Inspired by their Chief Minister’s keen interest in preserving and improving the state’s biodiversity, members of these committees are working in tandem with the forest department to keep the beaches safe for the Olive Ridleys. The protection of these turtles has, thus, turned into a people’s movement.