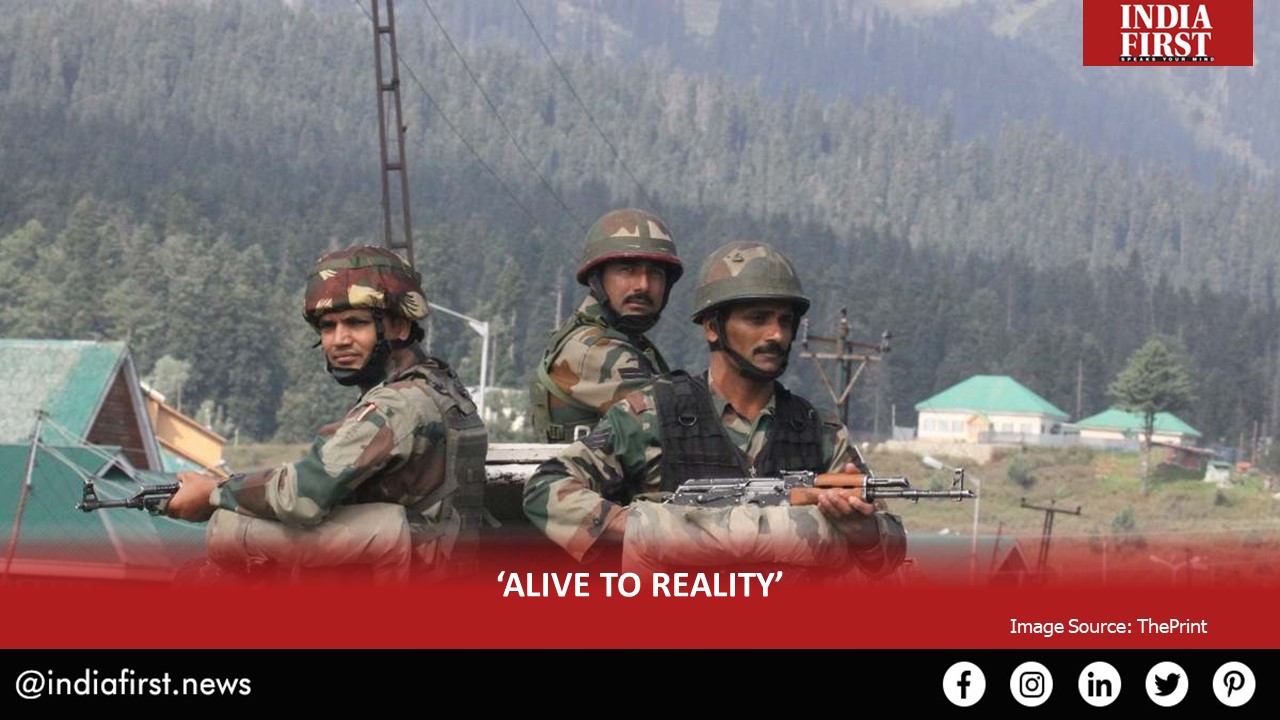 Why the Indian Army has no plans of reducing its presence along LoC in Jammu and Kashmir.

There is no proposal of thinning of troops along Line of Control in Jammu and Kashmir as Pakistan has not stopped terrorism, Indian Army said today.

The force, however, said expressed hope that Pakistan would end support to cross-border terrorism.

The Army also said that the situation along the northern borders has no bearing on Line of Control/Western Front.

India and Pakistan have reached understanding to implement ceasefire reached during the talks between Director-General of Military Operations (DGMO) of both the countries over hotline on February 22.

“Our endeavour is to achieve peace and stability which is beneficial for the region and specially for the population residing along the LoC, this is an attempt to bring the violence levels down,” the Indian Army said.

It also stated that DGMO of India and Pakistan Army interact regularly over the established mechanism of hotline.

The purpose of the mechanism is to review the situation along the Line of Control, International Boundary and endeavour to achieve observance of all understandings and agreements between the two militaries.

The force said that Indian Army remains committed to fight the scourge of terrorism. “Acts of terror will not be tolerated and befitting response would await any misadventure,” it said.

“Over the last few years our counter infiltration posture along the LoC has further strengthened and terrorists have found infiltration across the LoC increasingly difficult.”

The force said that infiltration of terrorist remains a primary concern. “The ceasefire violence primarily due to the activities of terrorism along and across LoC.”

There is trust deficit with Pakistan, said the force, stating: “We have a history of bitter experiences with Pakistan. The peace processes in the past have been derailed either because of acts of terror or Pakistan Army’s belligerence. We are alive to this reality and we all remain prepared to meet any eventuality. However, we remain cautiously optimistic. Peace along LoC is mutually beneficial.”

On terrorism, the army said: “We don’t have any reason to believe that proxy war or proxies have been rolled up. LeT, JeM, Al Badr and others still operates fropm Pakistan and remain potent. The United Jihad Council is still operational. Weapons smuggling still there. However, we are hopeful that our concern will be addressed.”