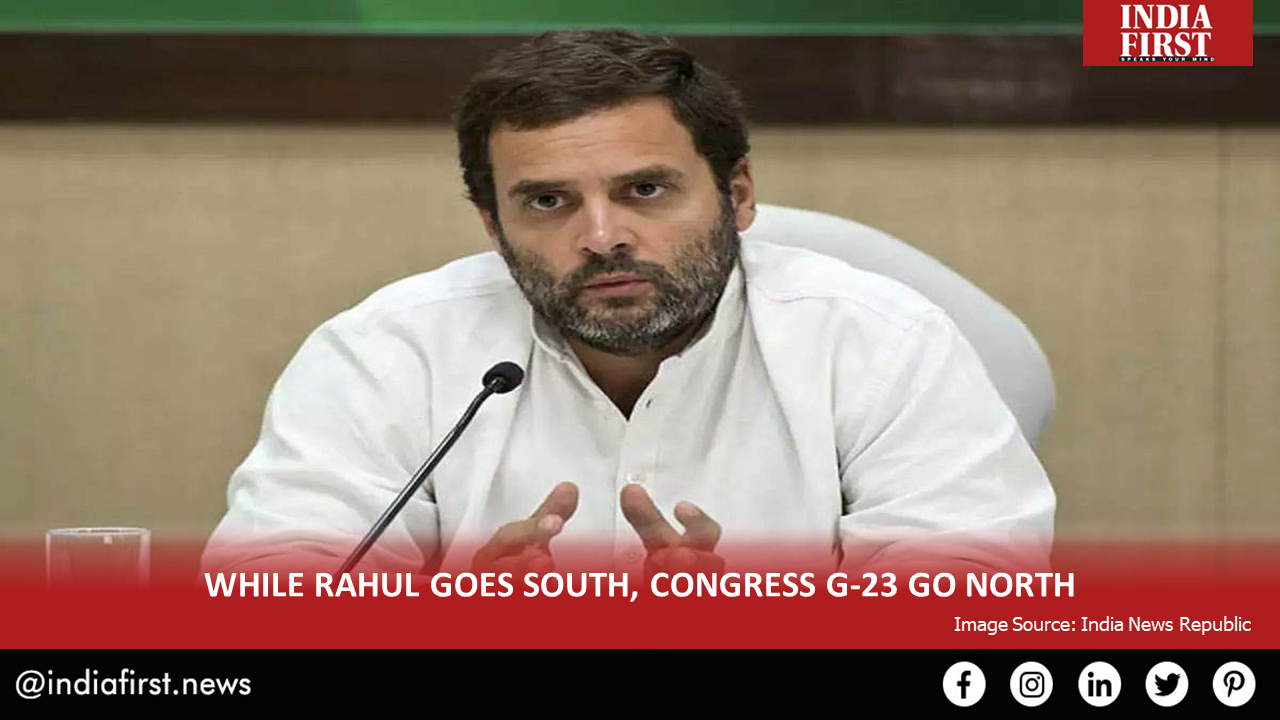 In the first ever show of strength, the dissenters in the Congress will be sharing a public platform in Jammu as party leader Rahul Gandhi will be busy campaigning in Tamil Nadu.

Ghulam Nabi Azad, the veteran Congress leader who recently retired from the Rajya Sabha, is on a three-day visit to his home state.

The programme, which will see several G23 leaders together, is being organised under the banner “Shanti Sammelan” in Jammu this Saturday.

Apart from Azad, other Congress leaders who are expected to participate in the programme are Anand Sharma, Bhupinder Singh Hooda, Vivek Tankha, Kapil Sibal, Manish Tewari and some others.

The ‘dissenters’ have been unhappy over the way the party is functioning and Rahul Gandhi taking key decisions within the party.

The programme is also being seen in the backdrop of the North vs South statement as Rahul Gandhi will be in the south, and a controversy recently erupted after this statement by him.

Sources said the infighting in the party is far from over as Rahul Gandhi is placing people close to him in key places and seniors are being overlooked. They have not been consulted in connection with the decisions being taken for the poll-bound states.

This is the reason, sources say, that the Congress leaders, especially the G23 members who had written to Sonia Gandhi for sweeping reforms in the party, have said that it is up to Rahul Gandhi to clarify his statement allegedly comparing North vs South.

By organising the programme, the aim seems to test the waters in the state, said sources.

This show of solidarity by Ghulam Nabi Azad and the G23 camp, which is up against the ‘Team Rahul Gandhi’ is pushing for elections in the organisation.

Anand Sharma and Kapil Sibal have been refraining from defending Rahul Gandhi, and have even sought clarifications from him.

Sharma, who is deputy leader of the party in the Rajya Sabha said, “Congress never believes in dividing the country on region and religion and does not disrespect any region. Rahul Gandhi had made certain observations, perhaps shared his personal experiences, but in what context he made that observation, he can clarify so that there is no conjecture or misunderstanding.”

Sibal said it is the BJP which is dividing the country but “what Rahul Gandhi had said he can explain in what context he made the statement.” He added that the voters should be respected from any region and their wisdom should not be questioned.

But leaders close to Rahul Gandhi are defending him. Congress spokesperson Pawan Khera addressing the media said, “The observation of Rahul Gandhi is for the kind of political culture the BJP has developed.” He rejected the statement of Kapil Sibal and said he did not listen to the whole speech.

The Congress launched a counter-attack on February 17 against the BJP after the latter targeted Rahul Gandhi. Party spokesperson Randeep Singh Surjewala said, “Rahul Gandhi has given a clarion call to the people of India to question the governments of the day, whether in the states or at the Centre on issues paramount to the people and to ignore the superficial ‘Toolkits’ story being sold by the BJP day in and day out.”

On February 23, Rahul Gandhi had said in Thiruvananthapuram, “For the first 15 years I was an MP in the North, I had got used to a different type of politics. For me, coming to Kerala was very refreshing as suddenly I found that people are interested in issues and not just superficially but going into detail in issues.”