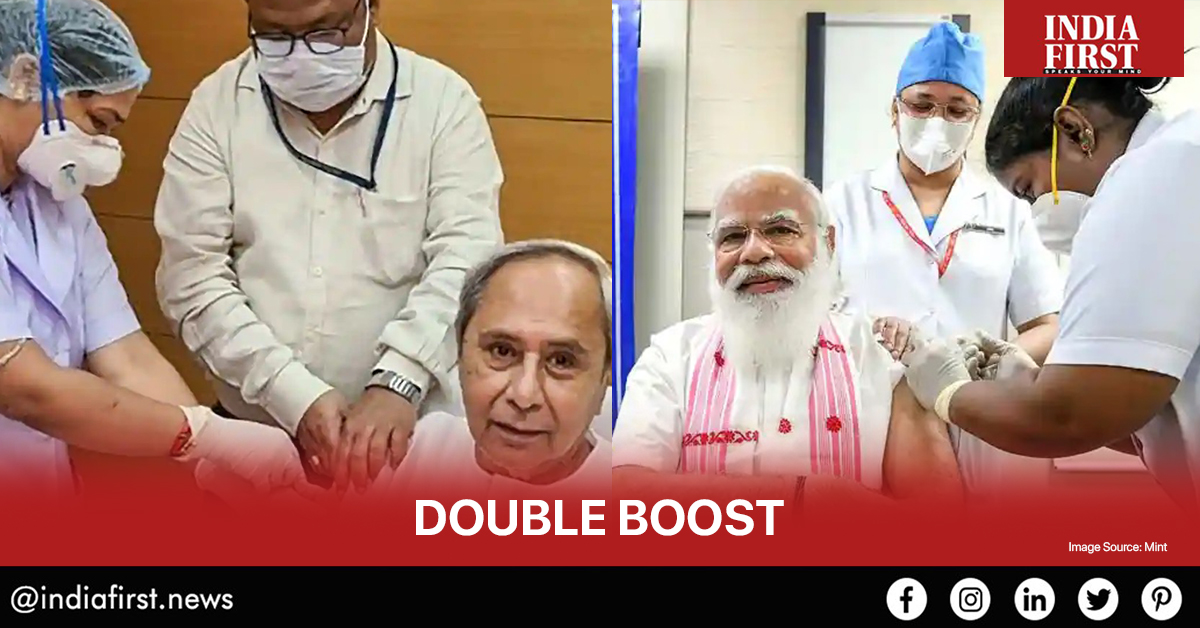 By taking made-in-India Covid shots on the very first day of the third phase of the nationwide vaccination campaign, Prime Minister Narendra Modi and Odisha Chief Minister Naveen Patnaik have led by example in more ways than one.

As the leaders opted for Covaxin on the first day of the third phase of vaccination, the number of its takers is now likely to go up. The vaccine developed by Hyderabad-based Bharat Biotech so far had few takers in the country though many countries are evincing interest in procuring Covaxin.

Though the vaccination for healthcare workers began on January 16 and subsequently other frontline workers were also vaccinated, there were few takers for Covaxin compared to Covishield, the other vaccine which is part of the national immunisation programme for Covid-19.

Bharat Biotech was obviously upbeat over Monday’s development. “Inspired and humbled by PM’s remarkable commitment to build an ‘Aatmanirbhar Bharat’. Yes, we all shall fight Covid-19 together and emerge victorious,” the company said.

When the Drugs Controller General of India (DCGI) cleared Covaxin for emergency use along with Covishield, developed by Oxford University and pharmaceuticals company AstraZeneca and manufactured by Serum Institute of India, Pune, questions were raised on the indigenous vaccine’s efficacy.

The move to include Covaxin for national rollout even before publication of data from its Phase 3 trials came under criticism from some quarters. However, the regulator defended the decision, saying both the vaccines are totally safe.

Bharat Biotech has developed Covaxin in collaboration with the Indian Council of Medical Research (ICMR) – National Institute of Virology (NIV).

Doctors and other healthcare workers at various places, including Bharat Biotech’s home Hyderabad, were reluctant to take the vaccine as the DCGI had authorised restricted use of Covaxin under the clinical trial mode.

Bharat Biotech also released a factsheet advising people not to take Covaxin if they have allergies, fever, bleeding disorder or are on blood thinners, if they are immune-compromised or are on a medicine that affects immune system. It also said that pregnant and breastfeeding women should not take the vaccine.

“As with any new medicine, this vaccine will be closely monitored to allow quick identification of any new safety information,” Bharat Biotech had said.

The company said in case of any Serious Adverse Events (SAV), vaccine recipients will be provided medically recognised standards of care in the government designated and authorised centres/hospitals.

The compensation for Serious Adverse Events will be paid by Bharat Biotech International Limited and if SAV is proven to be casually related to the vaccine. The compensation will be determined by the ICMR Central Ethics Committee, as appropriate.

In Phase 1 and Phase 2 clinical trials, Covaxin demonstrated the ability to produce antibodies against Covid-19. However, the clinical efficacy of Covaxin is yet to be established and it is still being studied in phase 3 clinical trial.

According to data provided by the government in reply to a question in the Lok Sabha last month, only 16 of the 37 states and Union Territories had started to administer Covaxin as on February 9.

Telangana had received 1,72,960 doses of Covaxin, second highest consignment among all states but it had the third lowest administration rate of the vaccine.

Telangana’s Director of Public Health Dr G. Srinivasa Rao was the first person in the state to take Covaxin shot on February 8. However, not many frontline workers came forward to take the vaccine.

Experts also tried to dismiss talks of vaccine hesitancy. “Both vaccines are equally effective. There should not be any doubts in the minds of people,” eminent breast cancer surgeon Dr P. Raghu Ram said.

“AIIMS director who is the main force leading the drive against the pandemic and all the staff in AIIMS have taken Covaxin. This speaks volumes,” added Dr Raghu Ram.

Riyaz M. Khan, CEO, Continental Hospitals believes that misinformation may be creating reluctance among some people.

The reluctance at home is in contrast to the orders Bharat Biotech is receiving from various countries. Last week it announced that the Brazilian government has signed a deal to procure 20 million doses of Covaxin. Several other countries have evinced interest in buying covaxin.