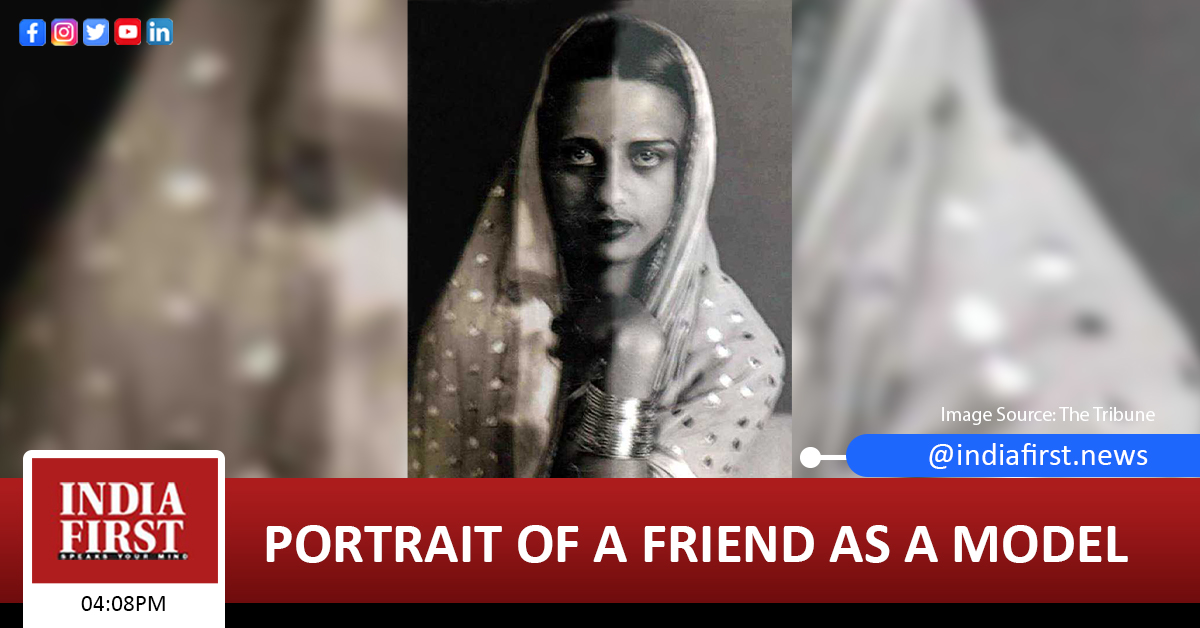 A hitherto unknown painting of the legendary Amrita Sher-Gil is ready for auction.

An important rediscovered portrait by celebrated Indian artist Amrita Sher-Gil of her close friend and French art critic Denyse Proutau is estimated to go under the hammer for a price between US$1.8-2.8 million (approximately Rs 13.1 crore to Rs 20.4 crore) at a Christie’s New York auction on March 17.

Painted circa 1932, the painting is one of four known portraits of Denyse Proutaux, and the only documented example in private hands. The portrait is not only an exceptional painting by Sher-Gil, completed when the artist was barely 19 years old, it is also a testament of the beautiful friendship between the Sher-Gil sisters and Denyse that was built on mutual admiration and love for each other and lasted well beyond the time they lived in the same country.

During their time in Paris from 1929 to 1934, the Sher-Gil sisters, Indira and Amrita, became close friends with Denyse Proutaux, an art writer and critic, who met and befriended Indira at a drawing class they both attended. Together, the three young women explored the Parisian art scene and regularly holidayed at the seafront in Royan.

Denyse was a particular inspiration for Sher-Gil during the artist’s time in France, sitting for her in her most acclaimed paintings. Sher-Gil painted four portraits of Denyse that are known to us. These include the most famous painting, Young Girls from 1932, which depicts Denyse partially undressed alongside the artist’s dressed sister, Indira, and won a Gold Medal at the Grand Salon that year. The same year, Sher-Gil painted another portrait of Denyse in profile wearing a black beret. Both these paintings are now in the collection of the National Gallery of Modern Art in New Delhi. Sher-Gil began a third large composition in 1933, that included Denyse, Indira, herself and a model. She later cut Denyse’s seated figure from this canvas, the largest work she ever attempted, and gifted it to Denyse. Unfortunately, this lifesize work was lost during the Second World War.

Set against what appears to be a window with colourful sprays of flowers on either side, the present composition is a beautiful portrayal of a Parisian lady of style and attitude. The portrait Sher-Gil painted of her friend presents Denyse as a self-assured, young Parisian who she respected and admired. Denyse’s gaze is confident, confronting the viewer, while the flowers around her add lightness and charm to her seemingly unflappable expression. The warm, red tones resonate across the foliage, curtain, tightly set hair and rouged skin, imbuing the sitter with a sense of controlled dynamism and silent resolve. Her gaze imbues the painting with an ancient solemnity, while her red velvet dress with its lace collar and the delicate floral pendant around her neck ease the tension of the gaze between subject and viewer. In this work and several others from the period, Sher-Gil masters the psychological portrait, able to capture a plethora of conflicting emotions and identities with ease and sophistication.

Nishad Avari, Specialist and Head of Sale for South Asian Modern + Contemporary Art said: “It is an honour to present this rediscovered work by Amrita Sher-Gil in our March auction. With very few paintings by Sher-Gil still in private collections, it is truly a privilege to discover a painting by this talented artist that was previously unknown to her collectors and admirers, and to bring it to its full glory and offer it the world stage it deserves.”

Previously unknown, this exceptional portrait has remained in France since the time it was painted, says Christie’s.

Piecing together the history of this painting through the letters Denyse exchanged with her partner, Philippe Dyvorne, and the Sher-Gil sisters, it has been possible to date this work to circa 1932. In these letters, Denyse refers to several sittings she did for Sher-Gil. This painting is most likely the one she refers to as the painting in ‘Russian Style’ in a letter to Philippe dated 22 February 1932.

“Did I tell you about my Hindu friend? Imagine that her sister has been at the Beaux-Arts for two years and is very talented and very knowledgeable. So when she saw me, she went crazy about my hair and absolutely wanted to do my portrait with my hair loose. As it was for a competition and she had very little time, I posed almost non-stop for three days, and that’s why I couldn’t write to you as I had promised you. I’ve never known such an amazing girl, you know Phil? She has an intelligence and a personality like I had never met in a woman before, and also a very great talent, very powerful and robust, all her works seem to be made by a man. And she’s only eighteen with it all,” reads the letter excerpt released by the auction house.

Celebrating the many achievements and contributions to modern Indian art Amrita Sher-Gil made in her short life, the Indian Government recognized her as a National Treasure artist in 1976. Today, the majority of her 172 documented works reside in the collection of the National Gallery of Modern Art in New Delhi.