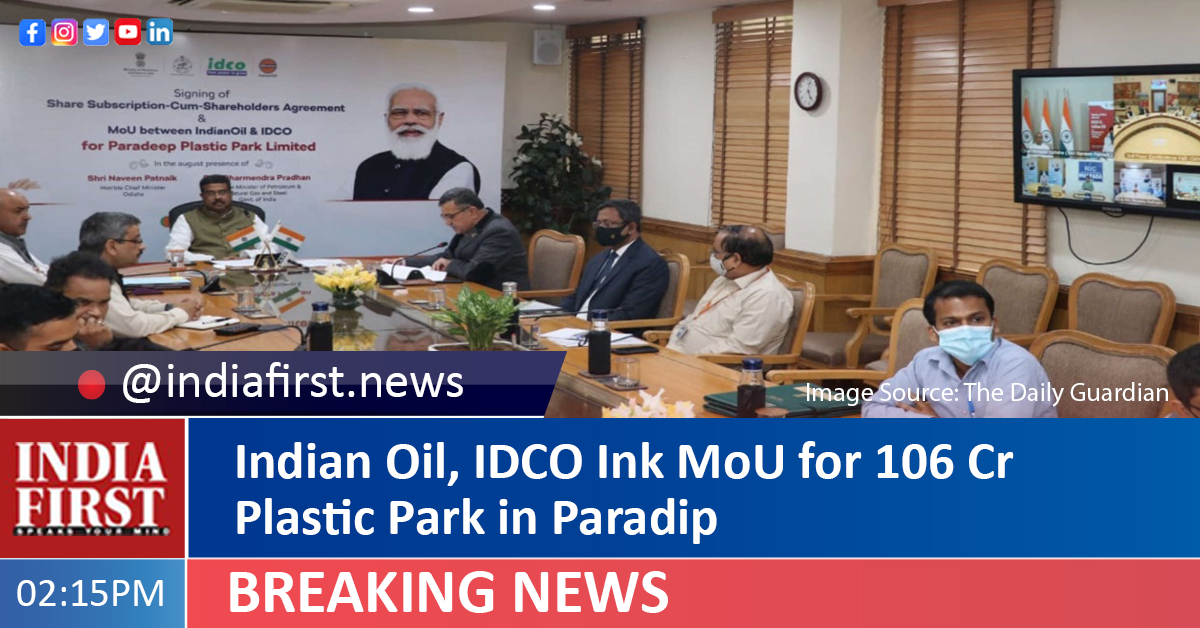 The proposed park will come up on 120 acres of land with an investment of Rs 106 crore.

The MoU was signed yesterday in the virtual presence of Chief Minister Naveen Patnaik and Union Petroleum Minister Dharmendra Pradhan.

The Chief Minister said Paradip Plastic Park is going to be a real game-changer for the downstream plastic industry.

“This will boost the petrochemicals and plastic infrastructure as well as auxiliary industries and MSMEs in Odisha as well as Eastern India,” he added.

Pradhan said, “Keeping the enterprise and employment generation potential of the plastic sector in mind, the Government of India has initiated the cluster development of the Industry through its plastic park scheme. Currently, six such parks have been approved with Paradip Plastic Park being one of them.”

Pradhan further added that Odisha would become the nerve centre of industrialisation through rapid development in petrochemical, chemical, polymer, textile and fibre sectors.

An incentive of Rs 2000/MT on Polypropylene granules from Paradip Refinery shall be offered to the manufacturing units located in the Paradip Plastic Park till March 31, 2030.

It is estimated that around 26 units will come up at the plastic and is likely to generate direct and indirect employment of 6,000.