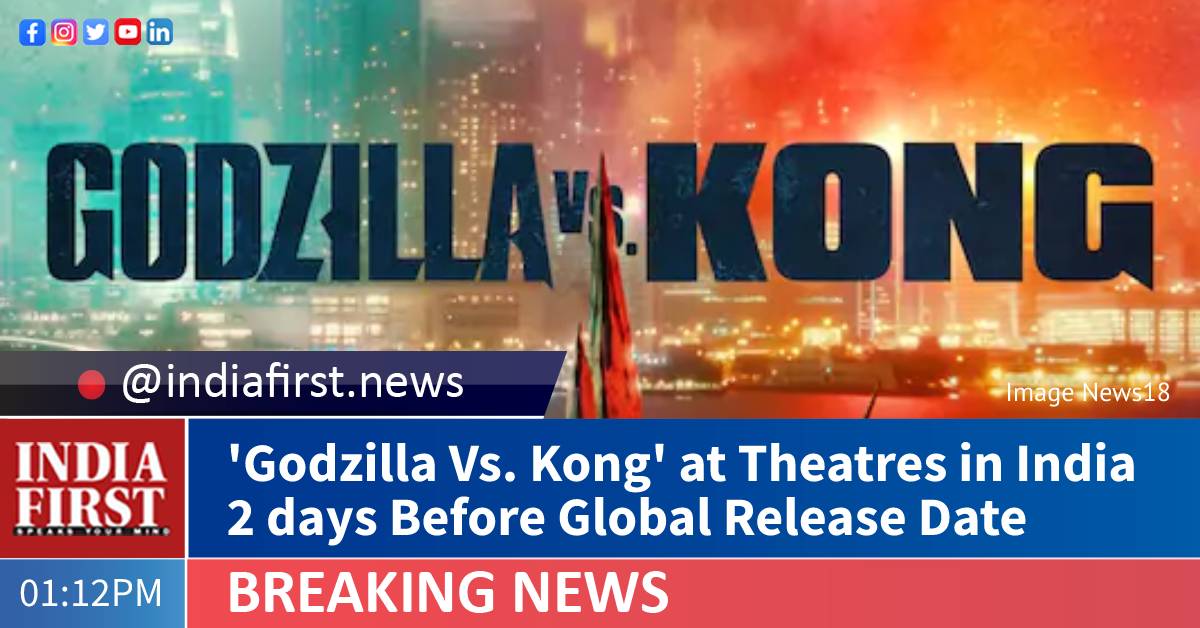 The new Hollywood creature feature “Godzilla Vs. Kong” will now release in India on March 24, two days ahead of its initial international release date.

“After looking at the tremendous response the trailer has received and sensing the huge anticipation for the film, we are delighted to announce that we are now releasing this movie – Godzilla Vs. Kong – two days earlier than scheduled, so that fans in India get to experience this film in cinemas the sooner!” said Denzil Dias, vice president and managing director, Warner Bros. Pictures (India).

Directed by Adam Wingard, the film follows the adventures of “Godzilla: King Of Monsters” (2019) and “Kong: Skull Island” (2017), and will see the two iconic screen monsters take on each other. The last time that happened was in 1962, in the film “King Kong vs Godzilla”.

“This is a battle that hasn’t been waged since 1962, so for us it was like – It’s gotta be the most definitive version and the most satisfying version of these two monsters coming together,” says Wingard.

“In doing that and knowing that everybody has got their favourite, we had to ensure to satisfy both their supporters. They both have their unique special powers and weaknesses…so that’s all taken into consideration. For us, it was most important that this is the most epic battle of all time,” he adds.

The film stars Alexander Skarsgard, Millie Bobby Brown and Rebecca Hall among others.