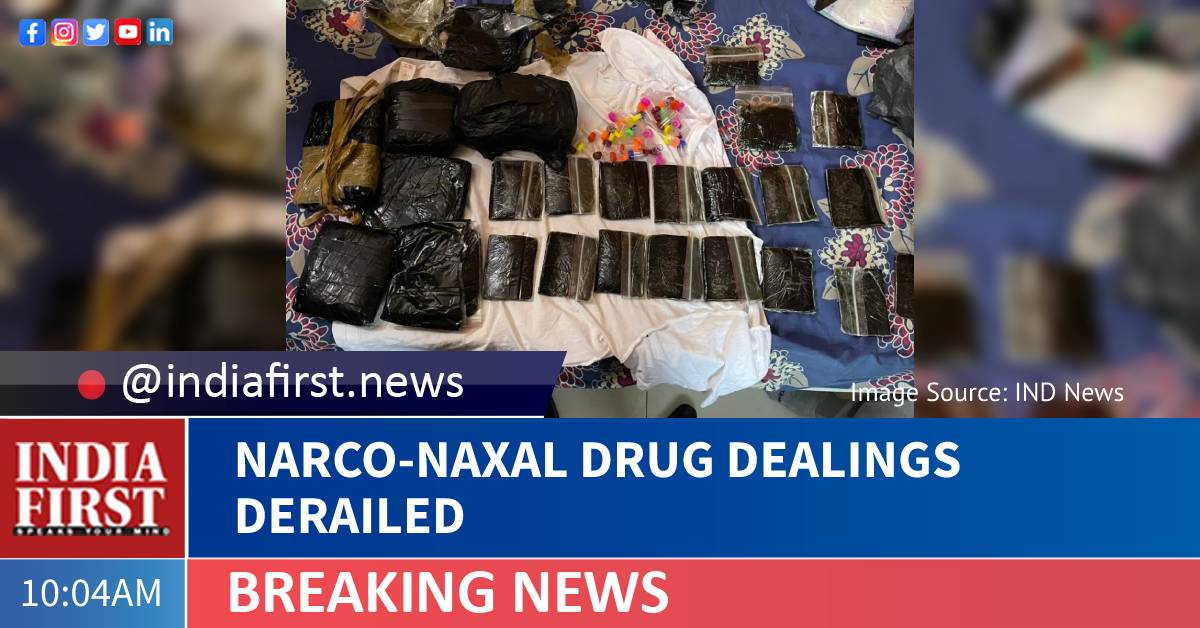 As security forces busted many gangs after identifying the most lucrative rail routes for narcotics smugglers and Naxalites in the country, Odisha emerged as one of the hotbeds for such syndicates.

In one of the biggest ongoing covert operations against top drug syndicates, the security agencies have unmasked one of the two most lucrative routes in the country from where contraband narcotics were being smuggled to New Delhi in the north and Hyderabad in southern India.

Both the routes were being used by drug syndicates operating from Myanmar and Naxal groups based in the Odisha-Andhra Pradesh Maoist corridor.

“Our Special Intelligence Branch developed key inputs of central agencies and discovered that gangs were uploading drugs from Guwahati, Bhubaneswar and Visakhapatnam stations for New Delhi and Hyderabad. Special cavities in railway bogies, in which drugs were being packed, were unearthed. The involvement of Naxalites has been found,” Director General of RPF, Arun Kumar said.

One of the hotspots of drug smuggling identified by RPF was Malkangiri, one of the districts worst affected by Naxalism, in Odisha. The drugs were being first smuggled into Andhra Pradesh and later uploaded from Visakhapatnam railway station. Zeroing in on the Bhubaneswar to Visakhapatnam route, the RPF registered 24 cases, arrested 35 drug peddlers and seized contraband narcotics worth over Rs 91.27 lakh last year when minimum rail traffic was operational during Covid restrictions. The South Central Railway too registered 32 cases and arrested 17 drug peddlers last year.

Reports say that Naxal groups in Odisha, Chhattisgarh and Andhra Pradesh continue to use drug money to raise cadres and buy arms and ammunition. “To a great extent, we have identified the major rail routes and plugged the source of transporting drugs into various parts of country.
On 11th April 2019, the RPF was given powers under the Narcotics Drugs and Psychotropic Substance (NDPS) Act to seize drugs and arrest people involved in smuggling. The results have been fruitful,” said Arun Kumar, a 1985-batch IPS officer.

Since 2019, the RPF has arrested 1085 persons under the NDPS act and seized drugs worth over Rs 27 crores.

In the northeastern part of the country, drug syndicates linked with underworld groups operating from Myanmar were pushing heroine and other narcotics consignment through the Northeast Frontier Railways.

The NFR headquarters in Guwahati had gradually become the hub from where drugs were transported to New Delhi and later distributed in other parts of North India. Through electronic surveillance and inputs from Intelligence agencies, special teams of RPF developed specific information and seized several consignments. In the last two years, 92 cases under NDPS were registered in area under Northeast Frontier Railways.

Taking note of the wide operational area of drug syndicates, over 200 personnel of RPF have been trained by the Narcotics Control Bureau and agencies specialised in anti-drug activities. A DIG level officer has been made in charge of RPF’s special squads which have been deployed in all 17 railway zones.

Besides Narcotics, special teams of RPF are also working with the Directorate of Revenue Intelligence (DRI) to chase and bust criminal gangs involved in smuggling of gold and fake Indian currency notes.

“The bottom line is that the railways are meant for passengers. We won’t allow organised crime syndicates to use our tracks,” quipped RPF Chief Arun Kumar.