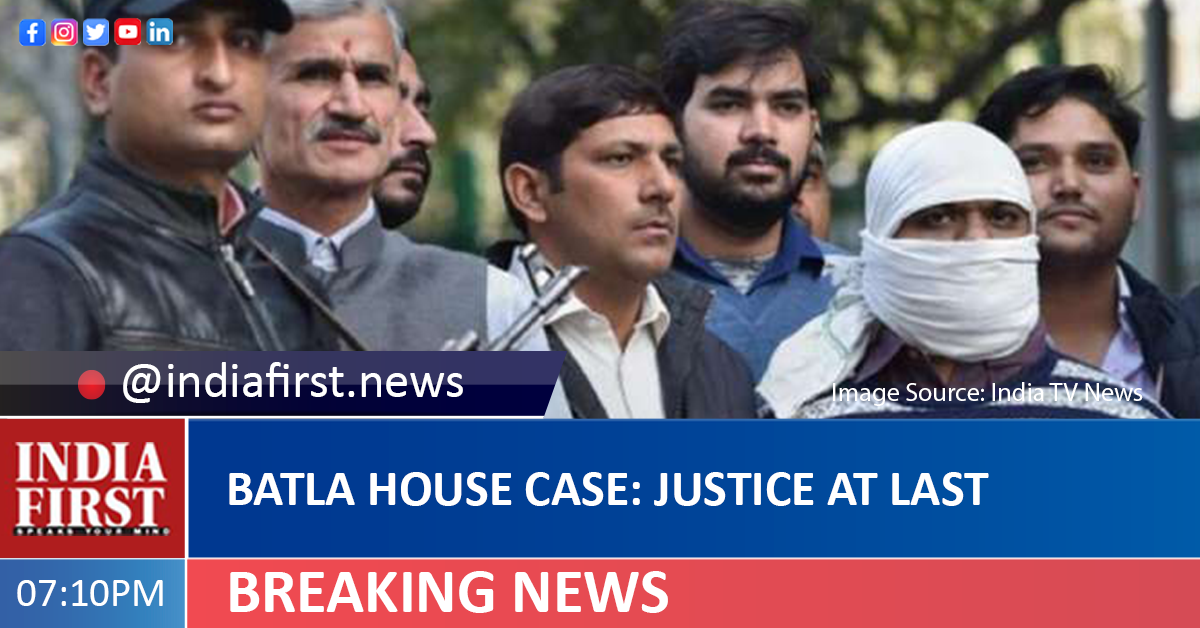 Thirteen years after the Batla House encounter, a Delhi Court has sentenced Ariz Khan, who was convicted of the murder of inspector Mohan Chand Sharma and other offences, to death.

The prosecution had sought death penalty for Khan in the case, while the counsel for the convict sought leniency on the ground of his young age.

On March 8, the court had convicted Khan in the case, noting that he murdered encounter specialist and inspector Mohan Chand Sharma.

The Additional Sessions Judge had said that Khan, along with his associates, intentionally and voluntarily caused the murder of Sharma by the use of gun shot.

He has also been held guilty under Sections 307 (attempt to murder), 174(a) (non-appearance in response to a proclamation) and 34 (criminal intention) of the IPC and Section 27 (using any prohibited weapons) of the Arms Act.

On September 19 in 2008, the Special Cell of Delhi Police had carried out an encounter at the Batla House in Jamia Nagar, in which two suspected Indian Mujahideen terrorists and inspector Sharma were killed.

Ariz Khan had fled from the spot and was declared a proclaimed offender. He was arrested on February 14, 2018.

Ariz Khan is allegedly associated with the terror outfit Indian Mujahideen. The police claimed that he was present at the Batla House during the encounter and had managed to give the police a slip.

In July 2013, a trial court had sentenced Indian Mujahideen terrorist Shahzad Ahmed to life imprisonment in connection with the case.