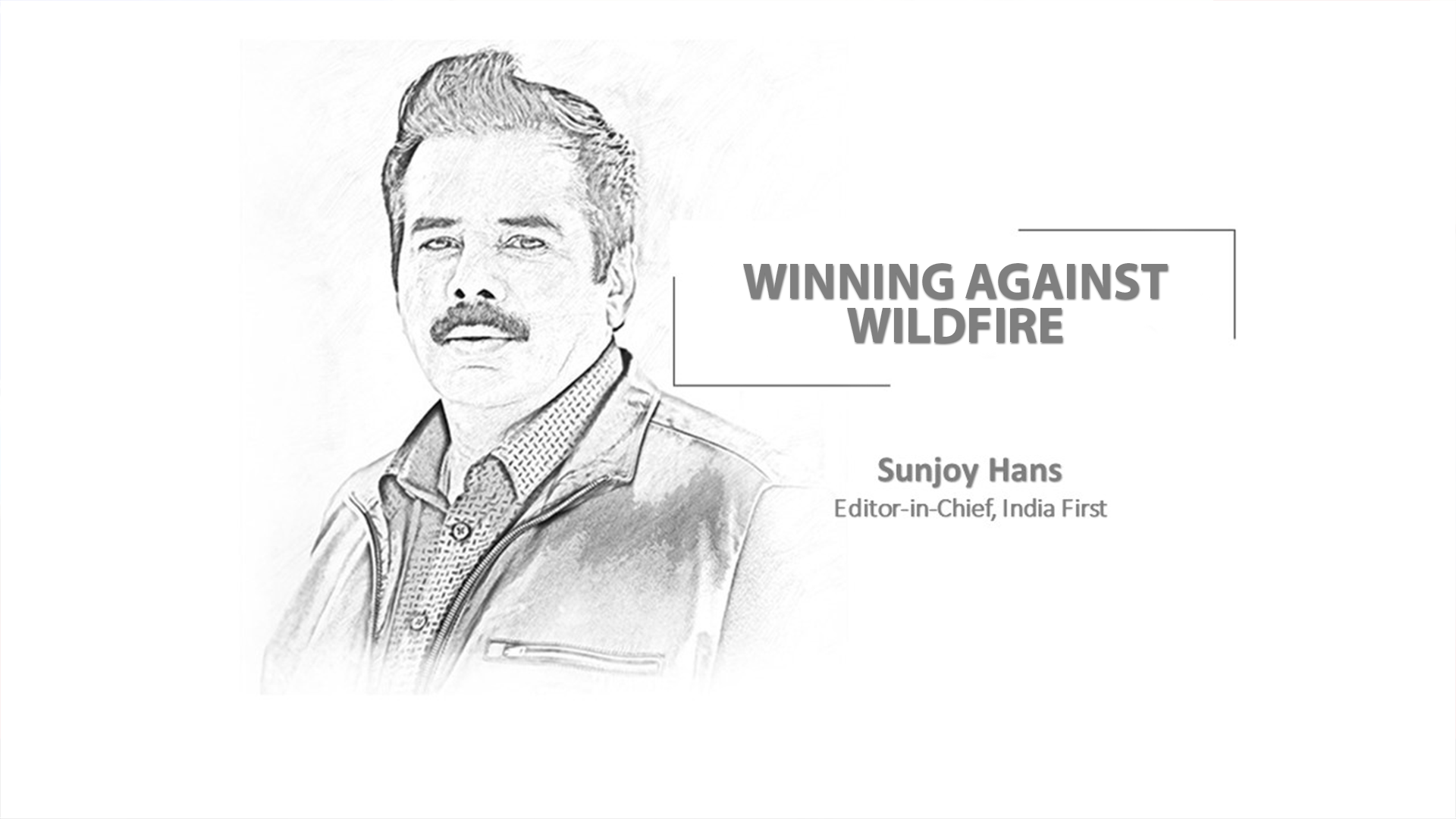 If the fire that raged for the past few weeks in Similipal, Asia’s second largest biosphere reserve, is finally under control, the credit should go as much to the quick response and excellent damage control strategy of the government as to the hard work of the firefighters drawn from various departments. But the moving force behind this concerted effort to contain the disastrous blaze was none else than Chief Minister Naveen Patnaik whose personal intervention led to the constitution of the specialized task force to deal with the situation. Things started improving almost immediately after that.

The logistics of such a big operation was the biggest challenge that the government faced. It required the use of both men and equipment on a large scale.  While forest officials were on the job of putting out the fire right from day one, fire personnel and Odisha Disaster Rapid Action Force (ODRAF) men joined them soon after. Divided into four teams, ODRAF jawans had fanned out to both Similipal North and South divisions to tackle the wildfire and keep a tab on poachers. Twenty teams of fire personnel were also deployed in these two divisions.

Simultaneously a massive awareness drive was launched by the Mayurbhanj district administration to create awareness among villagers against setting forests on fire while collecting mahua flowers. Care was taken to ensure that fire did not harm the wildlife of the reserve in any way. There was an incident of a deer sneaking into the house of a villager on the periphery of the sanctuary. The animal was treated with due care and later released back into the wild.

Similipal is a vast area with dense forests that are home to a bewildering variety of wild animals. Protecting both the flora and fauna of the sanctuary was important and for this a sharp eye had to be kept on the poachers who generally try to take advantage of such situations. Forest officials rose to the occasion and kept trouble mongers at bay. All this was possible because of careful planning that took place under the express instructions of the Chief Minister, a great Nature lover who has himself handled the forest portfolio in the past.

The special importance that Patnaik attaches to Similipal is evident from the fact that he personally reviewed the fire situation with senior government officials, asking them to take adequate preventive measures. His statement that Similipal was not only a treasure trove of Odisha or India but an invaluable asset for the whole world made it clear that he wanted the fire to be brought under control at any cost. His zeal in protecting this precious biosphere reserve rubbed off on the officials involved in the operation that achieved success due to a great team effort. The team deserves as much praise as its captain – although the latter, as usual, will shy away from taking any credit.