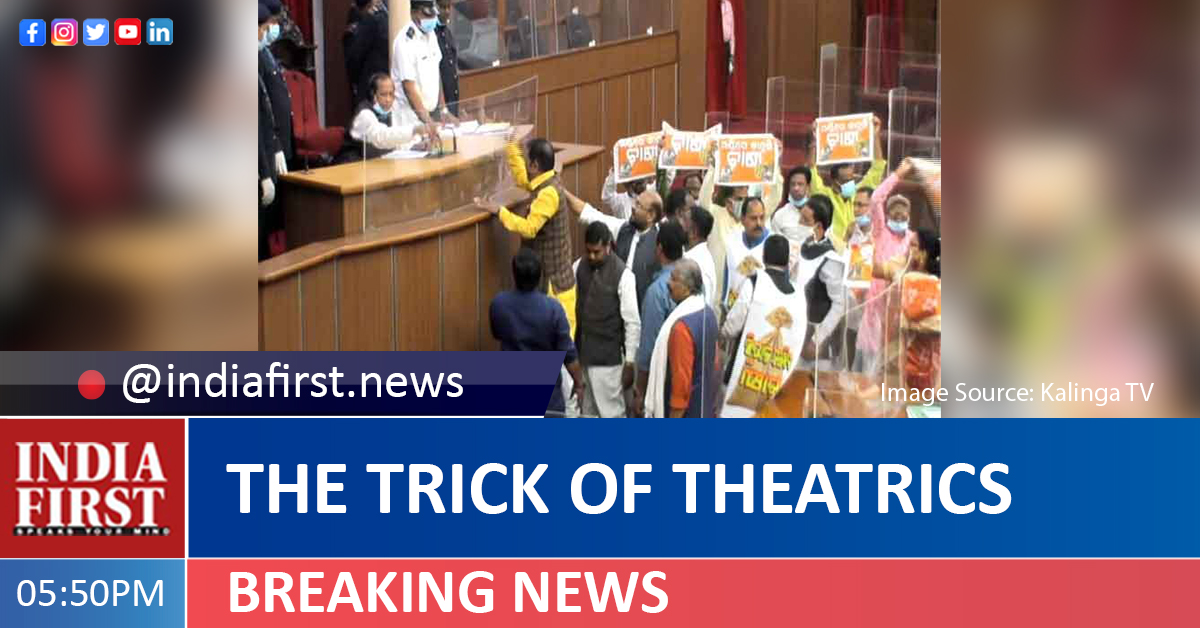 From constantly creating a ruckus at the Odisha state assembly over the past six days to holding a sit-in outside Naveen Nivas today, the Opposition is leaving no stone unturned to corner the BJD government over paddy procurement and other issues.

The Chief Minister came out from Naveen Nivas and invited the protesting BJP MLAs for a discussion on how to end the stalemate in the Assembly, which has been witnessing pandemonium over alleged irregularities in paddy procurement and other issues for the last six days.

After the House was adjourned following ruckus by the opposition and treasury bench, the BJP legislators marched towards Naveen Nivas in search of Naveen Patnaik. This was in protest against the Chief Minister’s absence in the Assembly.

They sat on dharna in front of the Chief Minister’s residence. They refused to budge even after persuasion from the ruling-party MLAs and Ministers.

However, they ended their dharna and agreed for a discussion over the paddy procurement issue after the Chief Minister came out of his residence to meet agitating BJP MLAs.

The Chief Minister has assured to chair an all-party meeting in a day or two to resolve the paddy procurement issues in the state, informed BJP deputy legislature party leader Bishnu Charan Sethi after meeting Patnaik at his residence with other BJP legislators.

Leader of the Opposition Pradip Kumar Naik said normalcy can be restored in the House only after procurement of paddy.

“We asked the Chief Minister to bring normalcy in the House. It is your duty to run the House smoothly,” said Naik.

Parliamentary Affairs Minister Bikram Keshari Arukha informed that the discussion was fruitful and expressed hope that the House would function smoothly.

Meanwhile, members of the Congress party staged a protest in front of the statue of Mahatma Gandhi in the Assembly premises demanding procurement of paddy from all farmers in the state.

Notably, stalemate continued in the Odisha Assembly for the sixth consecutive day today.

The opposition BJP and Congress MLAs created a ruckus in the well over irregularities in paddy procurement while the ruling BJD MLAs protested from their seats demanding an apology from BJP MLA Subash Chandra Panigrahi for attempting suicide in the house by consuming sanitizer last week.

Speaker Surya Narayan Patro adjourned the proceedings till 12 p.m. and then till 4 p.m.