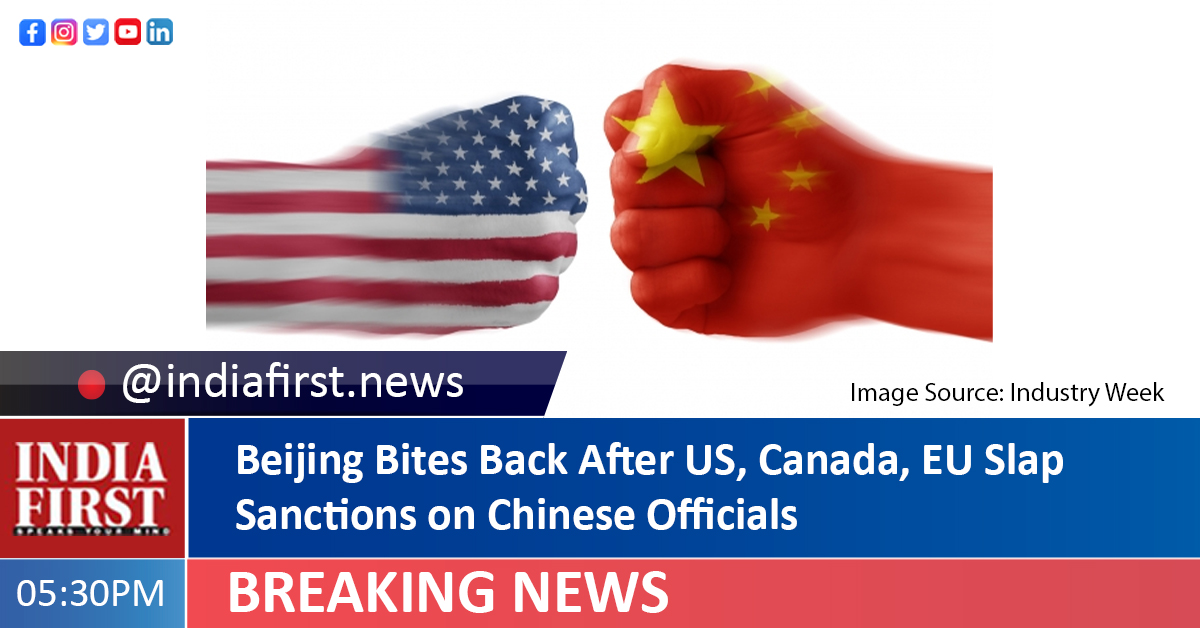 In a joint Trans-Atlantic operation, the US, Canada, Britain and the European Union have imposed sanctions against Chinese officials they say are responsible for the human rights abuses against the Uighur people – and Beijing has retaliated with counter-sanctions.

US Secretary of State Anthony Blinken, who is travelling to Brussels, said, “We have taken this action today in solidarity with our partners in the United Kingdom, Canada, and the European Union.”

While the US has imposed sanctions on China for the treatment of the mostly Muslim Uighurs, this is the first joint action with its allies making President Joe Biden’s attempts to get allies to act with it.

Its treaty allies in the Indo-Pacific, notably Japan, South Korea and Australia, which are geographically closest to China, however, did not join in imposing the sanctions.

“A united transatlantic response sends a strong signal to those who violate or abuse international human rights, and we will take further actions in coordination with like-minded partners,” he said.

Four Chinese officials and a Chinese company in the Xinjiang province were the targets of the sanctions.

The officials’ and the company’s assets are frozen under the sanctions EU citizens and companies are banned from transacting with them. The officials are also banned from visiting the EU.

China swiftly retaliated with its own sanctions against 10 Europeans and four organisations accusing them of spreading disinformation and interfering in its internal affairs.

A Chinese Foreign Ministry spokesperson in a statement in Beijing asked the EU to “reflect on itself, face squarely the severity of its mistake and redress it. It must stop lecturing others on human rights and interfering in their internal affairs.”

The sanctions follow talks between high-ranking officials of the US and China last week which deteriorated into a bout of public name-calling.

Blinken’s statement about China undermining global stability by its actions in Xinjiang, Hong Kong, Taiwan, the cyberattacks on the United States, and “economic coercion of our allies”, brought a long, angry response from Yang.

He accused the US of human rights violations in having African Americans “slaughtered” and of obstructing normal trade and taking steps to “incite some countries to attack China”.

Blinken is in Europe this week to meet with officials of the EU and with foreign ministers.

The US sanctioned two officials, Wang Junzheng, the secretary of the Party Committee of the Xinjiang Production and Construction Corps, and Chen Mingguo, director of the Xinjiang Public Security Bureau, who were also sanctioned by the EU and Britain.