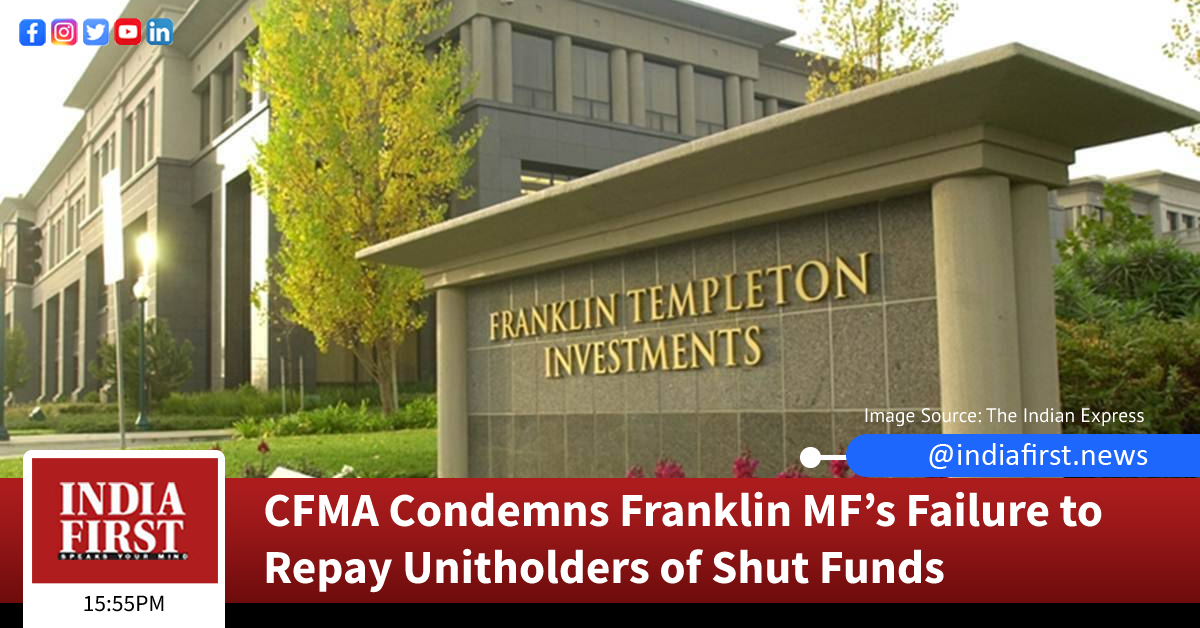 The Chennai Financial Markets and Accountability (CFMA), an investor protection organisation, said yesterday that Franklin Templeton Mutual Fund (FTMF) has failed to honour its commitment made before the Supreme Court to distribute Rs 9,122 crore to all the unitholders of its six closed schemes, and paid ‘zero to minuscule’ amount to the investors of two shut funds.

The investor body alleged that the unitholders of these two funds have borne the major burnt and are forced to take massive haircuts, contrary to repeated assurances from FTMF.

The CFMA pointed out that the impression was given to the Supreme Court by the FTMF that Rs 9,122 crore out of Rs 26,670 crore will be distributed among three lakh unitholders of the six shut schemes, which constitutes 32 per cent of the total amount, and the remaining amount would be paid later.

However, the fact that the unitholders of FIIOF and FISTIP will not be receiving the funds was never disclosed before the apex court.

In the first tranche of payout, the unitholders of FIIOF and FISTIP were being forced to take a haircut of 100 per cent and 92 per cent, respectively, instead of getting an average 32 per cent.

“The data on the FTMF website clearly highlights that lies and truth cannot be hidden for long and strict action should be initiated against FTMF for not disclosing the correct facts,” the investor body suggested.

The zero-to-negligible repayment to the unitholders of the two schemes clearly indicated how badly the funds were managed. Considering the overall poor investment decisions and bad quality of assets of the six schemes, the CFMA reiterated that three lakh unitholders will have to bear a minimum haircut of Rs 15,000 crore on their principal amount and described it as a ‘Black Swan’ event for the entire mutual fund industry, which will set a precedent for others to follow.

Notably, a debt mutual fund is similar to a bank fixed deposit wherein the principal amount always remains secured. The return on investment varies to the return of 10-year treasury bond yield, which is the benchmark for debt funds.

According to the CFMA, it is a wake-up call for market regulator SEBI to investigate the very basis of the distribution mechanism adopted by Franklin Templeton. FTMF secured consent for e-voting from all its unitholders but has repaid a minuscule amount to the unitholders of the four shut schemes, while repaying zero to negligible amount to the remaining two schemes.

In the past, the CFMA raised serious concerns about the functioning of SEBI as it failed in its fiduciary duty to protect the interest of its unitholders after the FTMF shut its six debt schemes, leaving three lakh unitholders in the lurch.

Despite being a sector regulator with huge powers, including penal provisions, the SEBI did not act to ensure the protection of unitholders’ investments, shrugging off its responsibility and allowing FTMF to use Covid-19 as an excuse for its fund mismanagement and to escape from its criminality, it added.