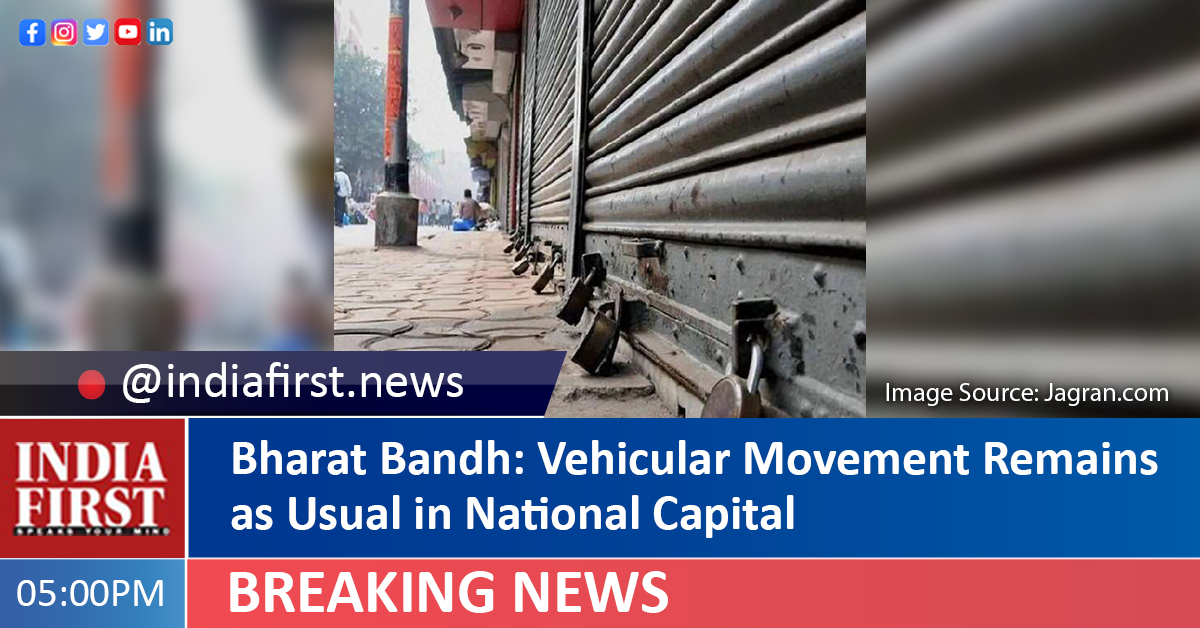 There was little impact of the ‘Bharat Bandh’ called by farmer organisations on the vehicular movement in the city today.

Private vehicles or public transport such as auto rickshaws, cabs and buses were plying normally.

Rahul Raj, who uses his own vehicle to commute to work, said that he has not witnessed any impact of bandh as traffic is normal and he was caught in jams like any other day at a major intersection.

Vehicular movement is normal in and around Delhi University North Campus, Azadpur, Model Town, Kamla Nagar, and in many parts of Ring and Outer Ring Road.

Govind Narayan, an auto driver, said that he is picking up and dropping passengers like he was yesterday. “Business is normal,” he added.

Several farmer unions under the banner of Samyukta Kisan Morcha have given a call for ‘Bharat Bandh’ to mark four months of their ongoing protests at the borders of the national capital.