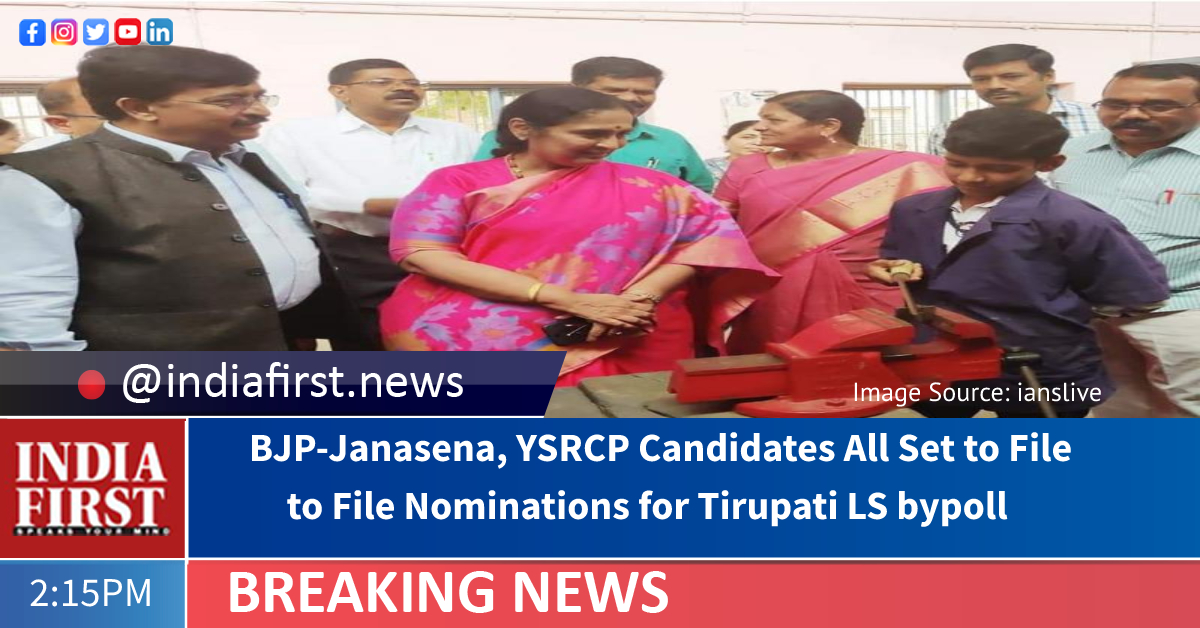 The candidates of the Yuvajana Sramika Rythu Congress Party (YSRCP) and Bharatiya Janata Party (BJP)-Janasena are expected to file nominations for the forthcoming Tirupati bypoll today.

“With the blessings of Lord Venkateshwara and support of Prime Minister Narendra Modi and the entire BJP-JSP family, I am going to file my nomination on Monday.,” said Ratna Prabha, the BJP candidate.

Before her nomination, she visited the Tirupati temple early this morning to seek the deity’s blessings.

On March 27, the former Karnataka chief secretary met with actor-politician Pawan Kalyan and invited him to canvass for her in the run-up to the big bypoll scheduled on April 17.

“Met Kalyan and invited him to canvass at Tirupati. His instant positive response makes our campaign stronger and closer to victory,” claimed Prabha.

“Suddenly a big challenge before me. Gearing up to be a passionate Parliamentarian touching the heart of every voter and reaching out to the last mile of my constituency. God give me strength and stamina,” the former IAS officer said.

Prabha said that she was flooded with phone calls and messages on being selected as the BJP candidate and observed that there is so much of expectation from her.

“Will work day and night with the people of the constituency and never let them down,” she added.

Despite being retired, Prabha has been active in public life in Karnataka, keeping herself busy with several programmes aimed at empowering women, promoting skills and others.

Several top leaders and ministers were expected to accompany Gurumoorthy while filing his nomination.