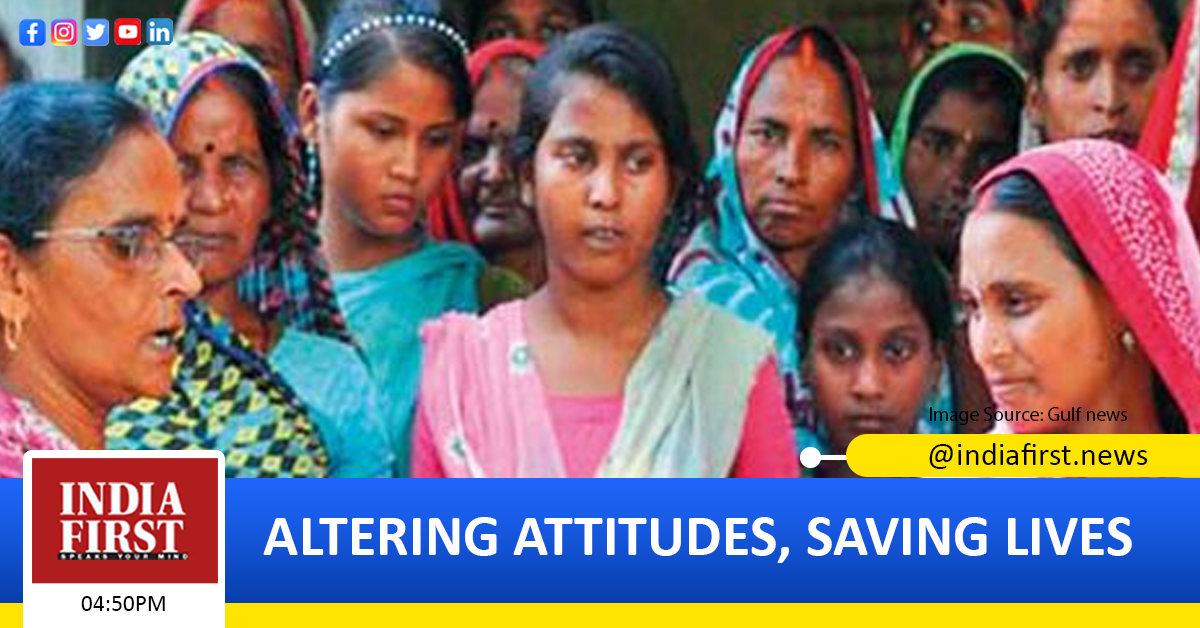 “It’s the job of the government-affiliated ASHA (Accredited Social Health Activist) workers to supervise the health and hygiene issues in rural India. One ASHA worker is mandated to look after a population of 1,000. But in Upper Assam they are more often swamped with work,” says Nitumoni Gogoi, a resident of Nagajan village in Tinsukia district.

That’s why women from the community decided to step up in 2014. They were acting on intervention by Schoolnet, an NGO that works in the area of health and women empowerment. It had trained female volunteers from 20 villages of the Tinsukia and Dibrugarh districts over a week under a program called Arogya. After the training, these women took an exam, post which they were entrusted with the responsibility of tracking the health of pregnant, newlywed and adolescent women in their villages.

These women haven’t replaced ASHA workers, they are complementing their efforts. Volunteers such as Gogoi assist the ASHA workers in spreading awareness on women’s health and maternal care in her village Nagajan, which has 530 males and 554 females. Nitumoni is responsible for monitoring the health of 14 pregnant women, 38 adolescent girls and 42 children.

However, these ‘field workers’ have an advantage over ASHA workers. They are familiar with the women and their families because they live in the same neighbourhood and have known each other for years.

Despite this, the unwritten rules of patriarchy that tend to govern women’s bodies and their reproductive rights posed a big challenge for them. They faced resistance every time they tried to recommend vitamin supplements to women. A lot of elderly members, particularly in-laws, in the region believed that the consumption of vitamin tablets and immunisation may complicate the pregnancy. Eating banana flowers prevents the birth of twins and other myths are also prevalent here.

“In the beginning, it was difficult to convince them. But since we have been interacting with the families for many years now, they listen to our advice now,” says Nandita baideu, a field worker from Tinsukia’s Bapuhola village.

It also took them some time to drive proper menstrual hygiene practices among young girls and married women from how to use sanitary pads to how to dispose of them. Either they used to wear the same cloth pad without washing and drying it properly or they would use a store-bought sanitary pad for over 24 hours. These would give rise to vaginal infections and other hygiene-related issues among them.

Their intervention spanning nutrition to hygiene has saved the lives of women such as Monisha Manjhi.

“My weight was 30 kg when I was pregnant. At that time, these women would visit my home regularly and prescribe me tablets and healthy food like colocasia, ferns, moringa leaves, guava and amla.” Manjhi gave birth to a healthy child in a tea garden hospital last September.