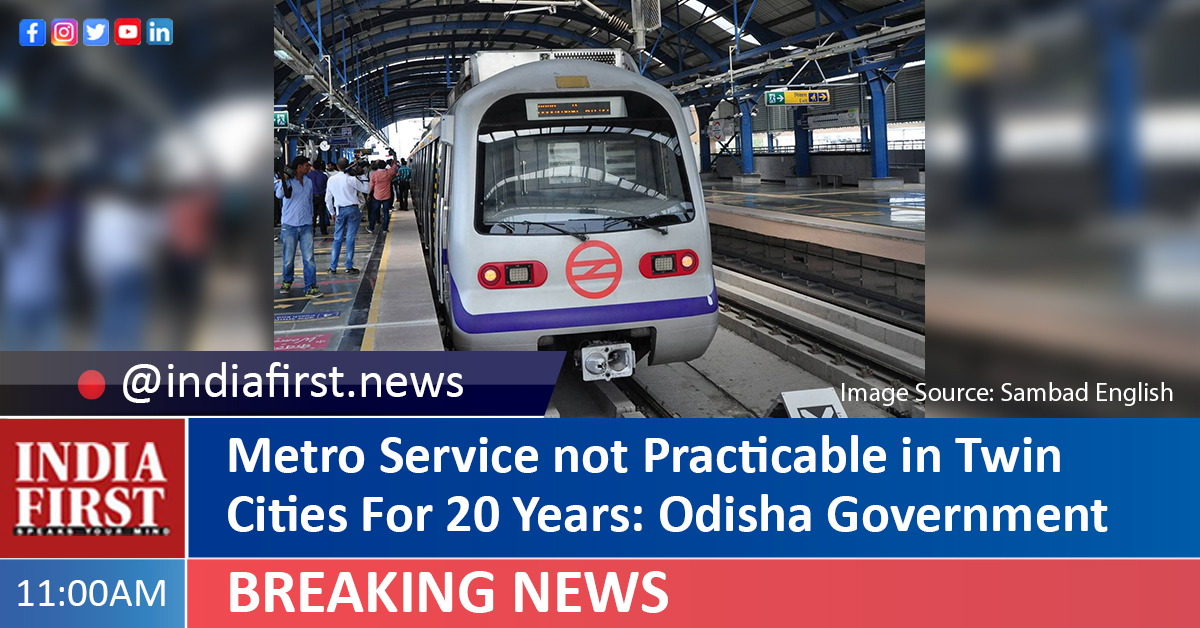 The Odisha government has informed that the metro train service is not feasible in the twin cities of Bhubaneswar and Cuttack till 2041.

Replying to a question of Congress MLA Suresh Routray, Housing and Urban Development Minister Pratap Jena informed the state Assembly that there is currently no such proposal regarding metro rail service in the twin cities.

The Minister said a Hyderabad-based company – M/s Balaji Railroad Systems Ltd (BARSYL) – had been entrusted with the task of survey for the project.

The company had carried out the survey and found no feasibility for the project, he said.

Jena informed that the metro service is not feasible on the basis of population.

The state government had paid Rs 52 lakh to the private firm for the survey while it received Rs 12.61 lakh from the Centre, Jena said.

The minister said the state government had also given a proposal to extend the metro rail service till Khurda and Jatani.

The government will raise the demand for another survey for metro rail service from Cuttack to Chandikhole and Bhubaneswar to Puri.

Notably, metro train is suitable for cities with around 25 to 30 lakh population. According to the 2011 census report, the population of Bhubaneswar and Cuttack were estimated at 8.37 lakh and 6.06 lakh respectively. However, there might be growth over the years.