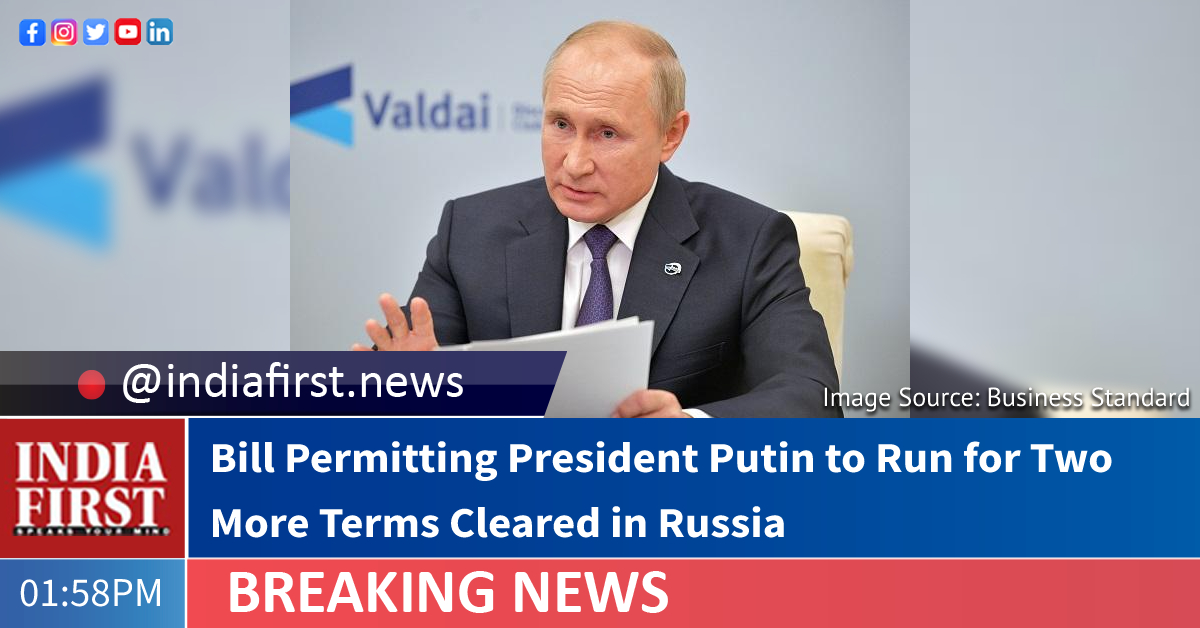 The bill was approved by the lower house of parliament, the State Duma, a week ago. Putin is expected to sign it into law soon, Xinhua news agency reported.

The draft law on elections was made in pursuance of constitutional amendments adopted in a nationwide referendum in July 2020.

One of the 206 constitutional amendments stipulates that the limit of two presidential terms applies to the incumbent head of state, but without taking into account his previous terms.

In light of the amendment, the bill, cleared by the upper house yesterday, grants Putin the possibility of starting his presidency from scratch in 2024 and holding the office for two more terms until 2036.