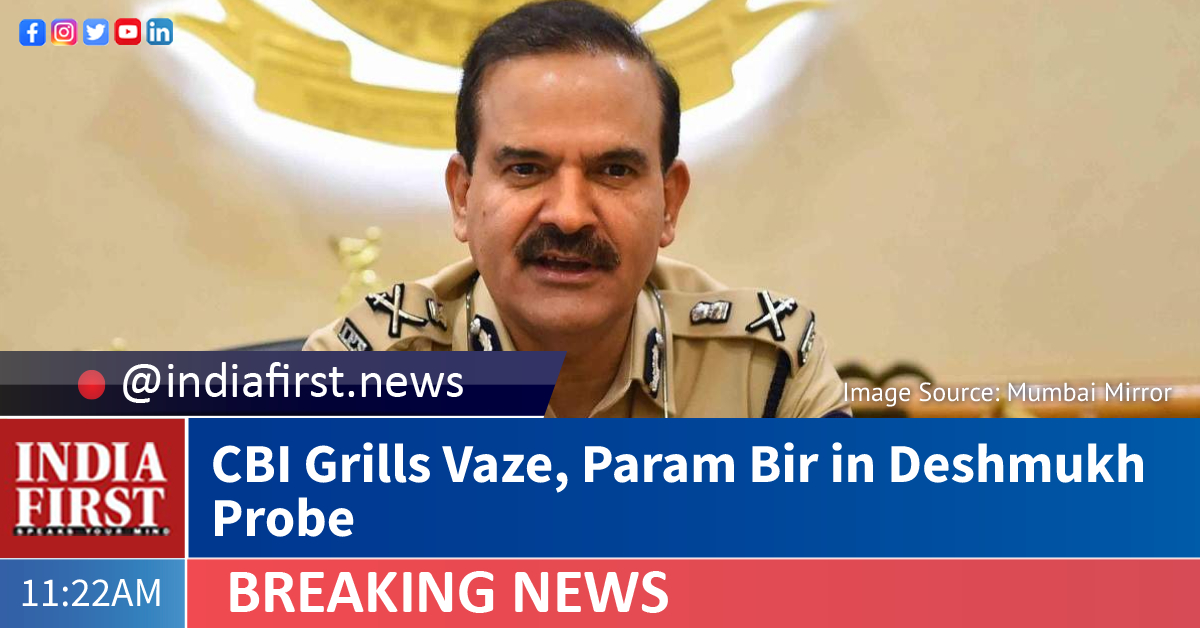 A CBI source related to probe said: “The agency sleuths have recorded the statement of Vaze, who is presently in NIA custody.”

The source said that the CBI is also recording the statement of Singh, who dropped a letter bomb on March 20, accusing Deshmukh of asking Vaze and other Mumbai Police personnel to extort Rs 100 crore monthly from bars, hotels and restaurants.

Besides the two, the agency also recorded the statement of ACP Sanjay Patil and petitioner Jayshri Patil in connection with its PE.

The source said that the agency has also called DCP Raju Bhujbal for questioning in connection with its probe.

The names of Sanjay Patil and Bhujbal were taken by Singh in his letter to Chief Minister Uddhav Thackeray.

The CBI had registered a PE on April 6 night. Two teams of CBI-led by SP-level officer have arrived in Mumbai on April 6 and April 7 to probe the matter.

The Bombay High Court directed the CBI to conduct a preliminary probe against Deshmukh on April 5. Soon after the ruling, Deshmukh stepped down from his post.

The Supreme Court yesterday dismissed the pleas of the state government and Deshmukh challenging the High Court order.

The NIA has arrested Vaze on March 13 after taking over the case of the explosive-laden SUV found outside Reliance Industries chief Mukesh Ambani’s residence. Vaze is also being probed in the mysterious death of businessman Mansukh Hiran.