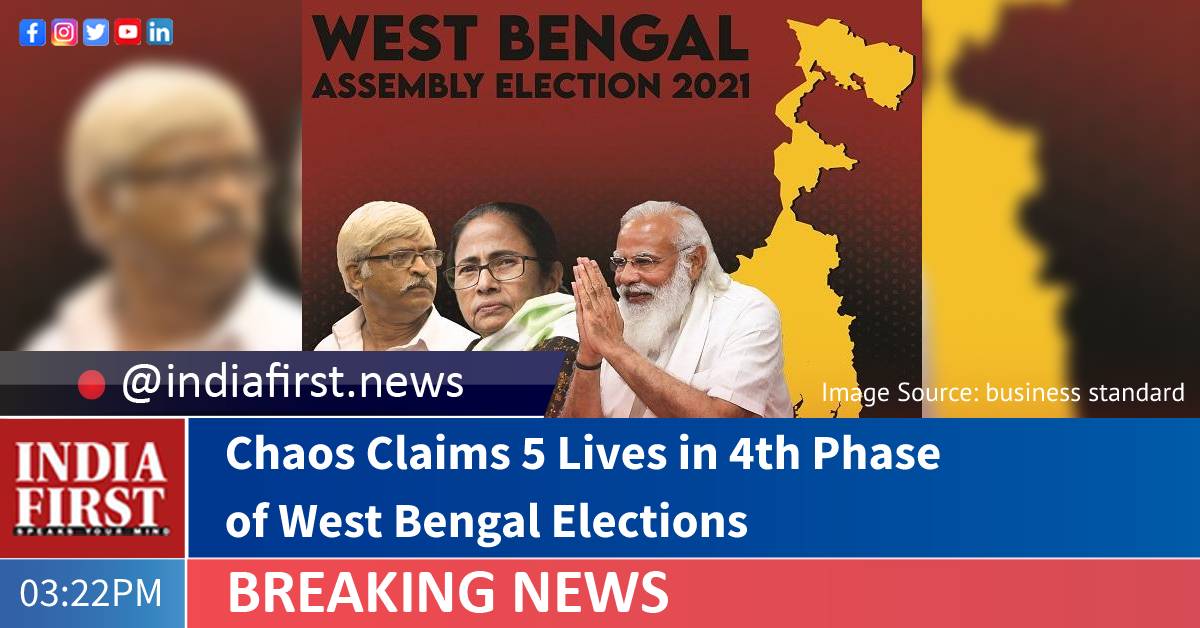 Violence erupted in the fourth phase of elections in Bengal, in which five people were killed in two separate incidents. Four persons were killed when central forces opened fire on an unruly mob in Sitalkuchi assembly constituency in Mathabhanga block in Cooch Behar district today. In another incident in the same constituency a first-time voter was killed, taking the total number of deaths to five.

Sources in the Election Commission said that a preliminary report that reached the special police observer Vivek Dubey suggests that the central forces had to open fire in self-defence.

According to the report, there was tension at booth no 126 at Amtali in Jor Patki village in Sitalkuchi since the morning and, as there were more than 400 people in front of the booth, the central forces tried to disperse the mob. When they were trying to move the mob away from the booth more people started rushing in and tried to snatch the firearms from the security forces. This prompted the force to open fire in which four people were killed.

The Election Commission asked for a detailed report from CEO Ariz Aftab. Deputy election commissioner in-charge of West Bengal Sudip Jain asked the CEO to send a detailed report, including video footage of the incident. Jain also wanted to know what led the force to open fire on the people. The poll body assured of an impartial inquiry into the incident.

In another incident, a first-time voter Ananda Baraman (18), son of Jagadish Barman of Pathantuli, Golenawhati GP, Sitalkuchi, Cooch Behar died when he was shot from a firearm by unknown miscreants after he cast his vote and came out from the polling booth. He was brought to the local health centre (BPHC) at Sitalkuchi where he was declared dead. His mother was also injured in the incident, the police said.

“Police reached there and detained two suspects for their involvement in the said incident. Raid is going on at the probable hideouts of the suspected accused persons whose names have surfaced at the local level during preliminary inquiry. Additional S.P, Mathabhanga and OC Sitalkuchi P.S also visited the P.O and supervised the incident. Additional S.P, Mathabhanga is camping there,” a senior police officer said.