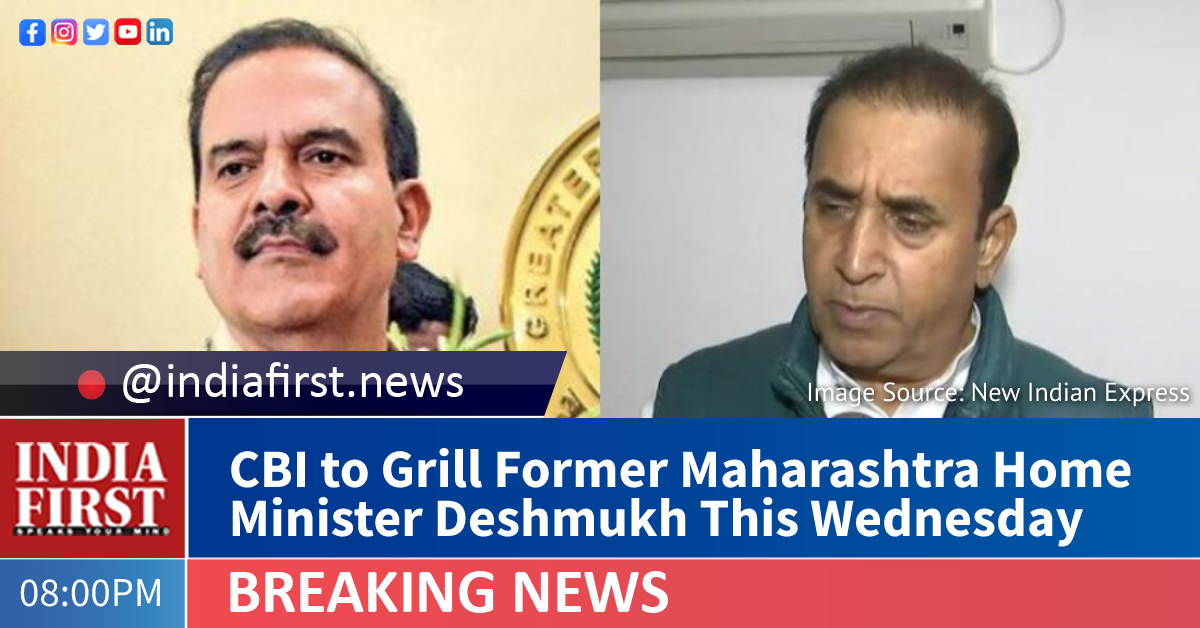 Moving ahead in its probe into the allegations of corruption and misuse of office, the Central Bureau of Investigation (CBI) has summoned former Maharashtra Home Minister Anil Deshmukh for questioning on April 14.

“We have asked Deshmukh to record his statement on April 14 at our office here,” a CBI official related to probe said.

This is for the first time that the CBI has summoned Deshmukh for questioning after it registered a preliminary enquiry (PE) on April 6 into allegations of corruption and misuse of office on the orders of the Bombay High Court.

The CBI action comes a day after it recorded the statements of his two PAs, Palande and Kundan, on Sunday.

Earlier, in the day, the CBI also recorded the statement of ACP Sanjay Patil for the second time in connection with its probe.

Deshmukh had stepped down from his post last Monday after the Bombay HC ordered the CBI to conduct a preliminary enquiry into the charges levelled against him by former Mumbai Police chief Param Bir Singh.

Two teams of the CBI led by Superintendent of Police level officers are already in Mumbai to probe the allegations of corruption and misuse of office by Deshmukh.

The CBI has also recorded the statement of Param Bir Singh, who dropped a letter bomb on March 20, accusing Deshmukh of asking suspended and arrested Mumbai cop Sachin Vaze and other Mumbai Police personnel to extort Rs 100 crore monthly from bars, hotels and restaurants.

The CBI has also recorded the statement of petitioner Jayshri Patil and DCP Raju Bhujbal.