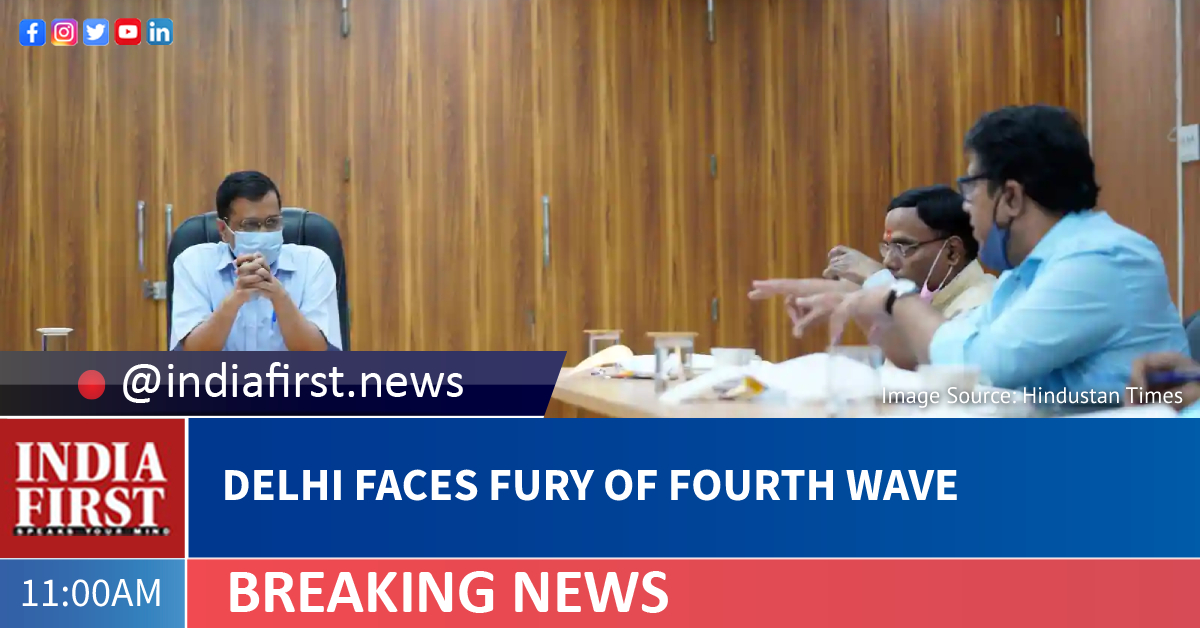 Chief Minister Arvind Kejriwal has urged all to stay home as the city breaches the 10,000 mark in new Covid-19 cases.

The national capital yesterday registered 10,732 new Covid-19 cases in the last 24 hours, the single-day highest spike since the pandemic broke out early last year, while there were 48 more deaths, as per the Delhi health bulletin.

As per the bulletin, the daily positivity rate was reported at 9.43 per cent, while the number of recoveries stood at 5,158.

With the new cases, Delhi’s Covid tally reached 7,25,197, including 6,79,573 patients who have recovered so far, while the cumulative positivity rate was reported at 4.66 per cent.

Addressing a press conference yesterday, Chief Minister Arvid Kejriwal said that the fourth wave “is more critical” and appealed to the people to stay at home as much as possible.

The government is taking all possible steps to break the chain of coronavirus, but it cannot do this alone, he added.

“People of Delhi have fought against three waves of Covid-19 in the last one year, but this fourth one is more critical. I would request people to come out from their homes only if there is urgency, otherwise stay at home for a few days. It will help us to break its chain,” he said.