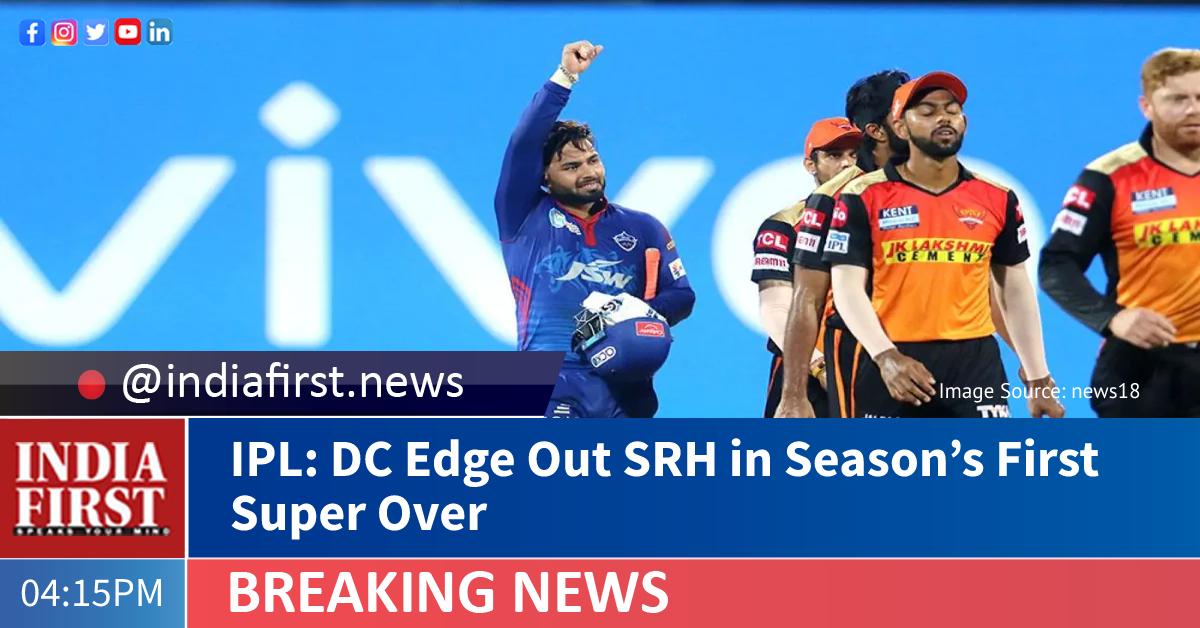 Delhi Capitals (DC) beat SunRisers Hyderabad (SRH) in what was the first Super Over of the 2021 Indian Premier League (IPL) yesterday at the M.A.Chidambaram Stadium.

SRH, who sent in captain David Warner and Kane Williamson, managed to take just seven runs in their Super Over which was bowled by Axar Patel. One run was deducted from SRH’s tally due to captain Warner not putting his bat completely over the crease for the last run.

Captain Rishabh Pant and Shikhar Dhawan walked out for the run chase while spinner Rashid Khan bowled for SRH. The batsmen took two runs off the first two balls before Pant hit a four off the third. The next ball, however, went for a dot after which the batsmen stole two runs off the last two balls to take DC over the line.