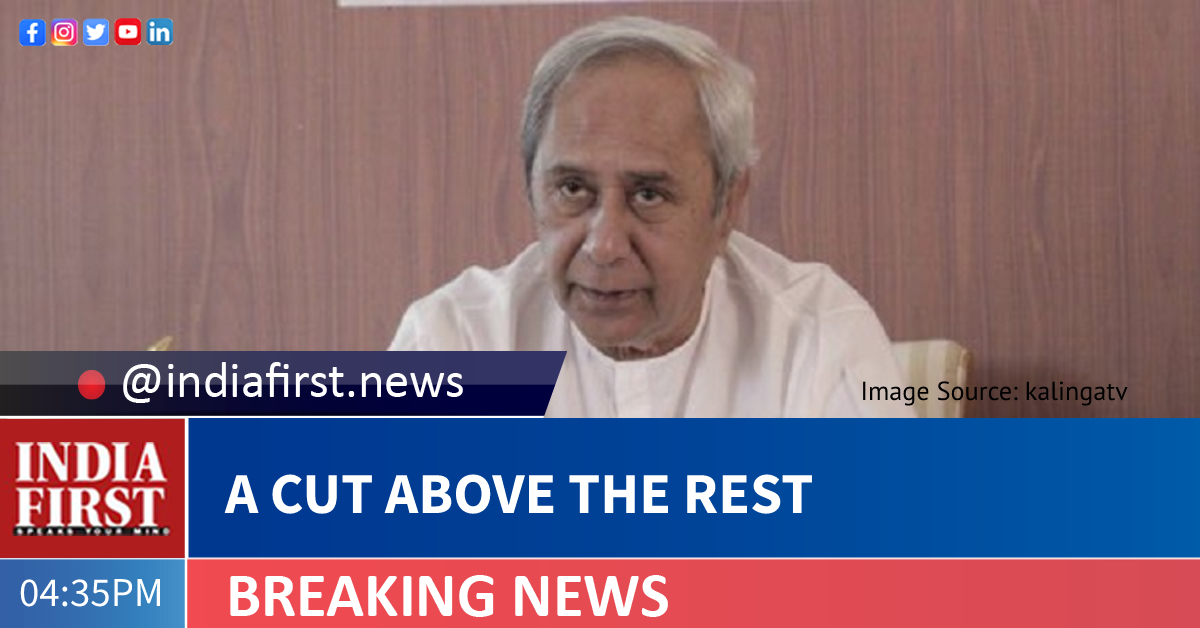 Odisha Chief Minister Naveen Patnaik has emerged as the tallest among the regional satraps of the country not only because of his formidable electoral record but also due to the way he conducts his politics. The five-time Chief Minister, who has won each of the elections that he has fought solely on the strength of his government’s performance, is not aligned with any national or regional coalition of political parties at the moment. In fact, he has been consistently following a policy of equidistance from both BJP and Congress, which lead the two big national alliances in the country at the moment.

But Patnaik’s moves even in the national context have always been appreciated because he is seen as a leader who rises above narrow political interests where issues of national importance are concerned. That explains his support to the BJP-led National Democratic Alliance (NDA) government on certain crucial issues. While this might have baffled political observers, the Chief Minister had strong logic to back each of his decisions.

Never one to cross the line of decency, Patnaik has set an example before his contemporaries in dignified political behaviour. Political differences have never stopped him from offering a helping hand to others in times of need. His recent move of speaking to Prime Minister Narendra Modi and Delhi Chief Minister Aravind Kejriwal and offering them support in their fight against the COVID pandemic was widely appreciated. Under his leadership, Odisha has been supplying medical oxygen to deficient states such as Delhi to help reduce casualties in hospitals that have been running short of oxygen.

Patnaik was also the first leader to announce that his party – Biju Janata Dal (BJD) – will not organize campaign rallies and public meetings for the Pipili by-poll as this might endanger thousands of precious lives. He even urged the Election Commission to reconsider the mode of campaigning for the bye-election in view of the pandemic which is also sweeping across Odisha. The Commission seems to have appreciated his stand.

On the state front, Patnaik’s electoral record speaks for itself. While he has never lost an election himself since his entry into politics in 1997 following his legendary father Biju Patnaik’s death, he has led the BJD to five back-to-back victories in the state, setting a record that will be difficult to beat. What is significant is that his party has won each of these elections convincingly and even in his fifth term as the Chief Minister of the state, the party enjoys a brute majority in the state assembly.

But Patnaik has never been complacent about his achievements. Instead of resting on his laurels, he has chosen to work tirelessly for the welfare of people of the state which has undergone a tremendous transformation under his leadership. Odisha, once a byword for poverty and backwardness, is today counted among the developed states of the country and has been attracting investors from around the world. It has taken big strides in the field of agriculture with schemes such as KALIA bringing immense benefits to farmers. More importantly, he has given Odias a sense of pride with Bhubaneswar not only becoming the first smart city of the country but also emerging as its new sports capital that has hosted mega-events such as Men’s Hockey World Cup. No wonder Patnaik continues to rule the hearts of his people.