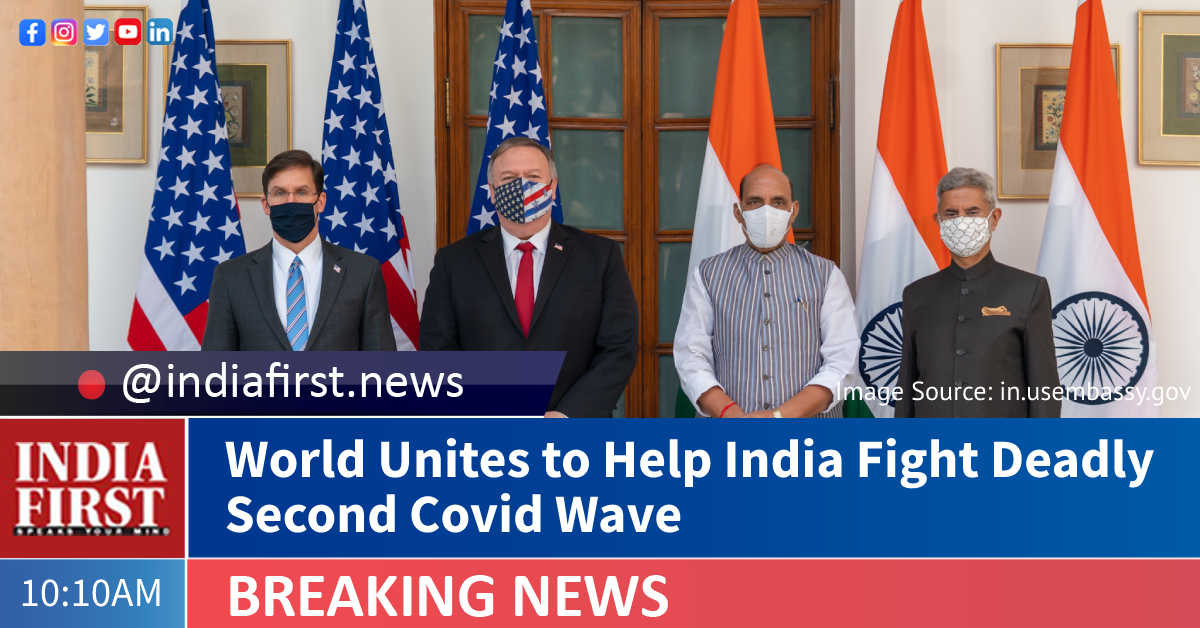 Nations across the world have come forward to help India in its fight against the raging second wave of the coronavirus pandemic, which is extremely virulent and has ravaged the country in the past few weeks.

As per official sources, the US, the UK, France, Ireland, Australia, Germany, Saudi Arabia, Singapore, Hong Kong, Thailand, the UAE, Kuwait and Russia have assured medical aid to India with much of the support on its way.

France is sending relief material in two phases. In the first phase, eight large oxygen generating units that can be installed quickly, liquid oxygen, 28 respirators and their consumables and 200 electric syringe pushers are arriving this week. In the second phase, five liquid oxygen containers will arrive next week. Similarly, Ireland is sending 700 oxygen concentrators this week.

Sources said that Germany is sending a mobile oxygen production unit which will be made available for three months along with 120 ventilators and 80 million KN95 masks.

Kuwait and Russia have also committed to send medical supplies.

Some of the medical supplies are also coming through private channels from various countries. For example, Singapore is sending 500 BiPAPs, 250 oxygen concentrators, four Cryogenic oxygen containers and other medical supplies.

After US President Joe Biden spoke to Prime Minister Narendra Modi over phone on April 26, the US has committed to provide a range of emergency assistance, including oxygen-related supplies, vaccine materials and therapeutics.