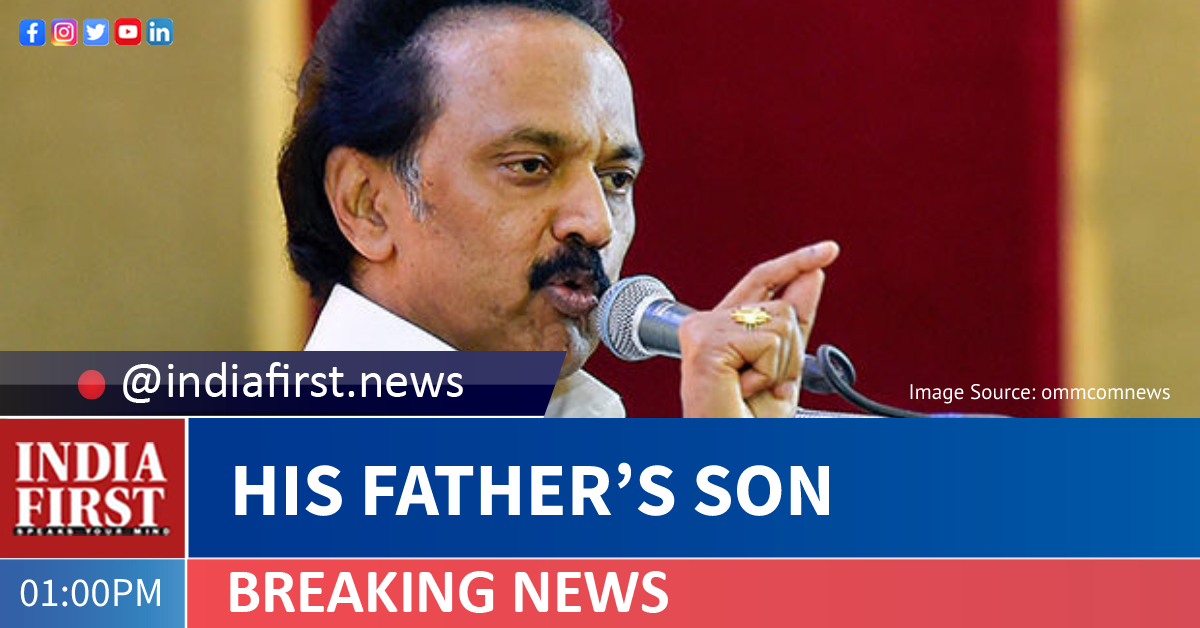 At long last, DMK ‘Commander’ M.K. Stalin is all set to become the next chief minister of Tamil Nadu.

For the 68-year-old M.K. Stalin, affectionately called “Thalapathi” (Commander) by members of his DMK, the wait to lead Tamil Nadu as its head will soon get over.

The DMK, led by Stalin, a former Deputy Chief Minister, is all set to come to power after a 10-year hiatus, and has even gained a majority on its own.

With the successive poll victories – the first one was the 2019 Lok Sabha polls – and now the Assembly polls, Stalin has established himself as an undisputed leader within and outside the party.

Stalin has to wait for some more days for his coronation as Chief Minister.

His earlier coronation as the DMK’s second President in 2018 was a smooth affair.

Stalin was given the role of Working President in January 2017 after his father and party patriarch M. Karunanidhi was largely confined to his home due to age-related ailments.

Born on March 1, 1953 to Karunanidhi and Dayalu Ammal, Stalin was named after the Russian leader Joseph Stalin who died on March 5, 1953 – four days after Stalin’s birth.

Legend has it that Karunanidhi wanted to name him ‘Ayyadurai’ – after DK founder ‘Periyar’ E.V. Ramasamy and DMK founder C.N. Annadurai.

Like his multi-faceted father who entered public life at the age of 14, Stalin too started his political journey by becoming an ordinary member of the DMK at the age of 14 and campaigning for the party in the 1967 polls.

A year earlier, he had formed a youth forum: Gopalapuram Youth DMK.

Stalin came to public notice at large when he was jailed under the Maintenance of Internal Security Act (MISA) for opposing the imposition of Emergency by then Prime Minister Indira Gandhi.

He became the party’s Youth Wing Secretary in 1984 and continued to hold that post for a long time.

It was in 1984 that Stalin made his electoral debut from Thousand Lights constituency in Chennai but lost. He finally entered the Assembly in 1989.

The other electoral loss for him was in 1991 at the same seat.

Till date, Stalin has won six Assembly polls – four times from Thousand Lights and twice from Kolathur constituency. His seventh victory comes in 2021.

Stalin was the Local Administration Minister in the Karunanidhi government (2006-11) and became Deputy Chief Minister in 2009 and stayed in the post till 2011.

As the aged Karunanidhi was not able to move much, the mantle of being lead campaigner fell on him in 2016 Assembly polls.

The DMK won 89 seats and narrowly missed the victory to the AIADMK then led by J. Jayalalithaa.

Stalin became the Leader of the Opposition. But the party suffered a shock defeat losing the security deposit in the by-election from R.K. Nagar constituency in Chennai, a seat held by Jayalalithaa. The by-election was won by T.T.V. Dhinakaran, a rebel AIADMK leader who later floated the AMMK.

During his Mayorship, the Chennai Corporation built several flyovers to ease the traffic flow. The AIADMK government headed by Jayalalithaa had, however, arrested Stalin for alleged corruption in building the flyovers.

But it did not affect his career. Even Karunanidhi had once openly declared that if he had a chance then he would announce Stalin as his successor.

But Stalin’s elder brother and former Union Minister M.K. Alagiri – then incharge of the party affairs in the southern districts – opposed it and said he cannot think of anybody else as his leader other than Karunanidhi.

Later, Alagiri was dismissed from the party for anti-party activities.

The Alagiri-Stalin rivalry plagued the DMK for a long time, but Karunanidhi kept a fragile peace till his passing away.

Stalin is married to Durga, a believer, and the couple have two children – Udayanidhi and Senthamarai.

Stalin also had acted in two movies and in two television serials.

Succeeding Karunanidhi, an illustrious leader, Stalin did not try to show himself as a leader different from his father, and in all his election campaign speeches, always said he is the son of Karunanidhi.

Roping in political strategist Prashant Kishor to chart the party’s victory route, Stalin continued with the campaign of painting the Narendra Modi-led Central government as “anti-Tamil” and “anti-states”.

The party also successfully built a public perception that it would win the polls and the AIADMK government was subservient to the Central government.

Stalin also carried out hard bargaining for seats with allies and made many of them contest under the party’s Rising Sun electoral symbol.

Other factors that worked for the DMK in the assembly elections, a political analyst said, were the anti-incumbency against the AIADMK government, the anti-BJP sentiment, alliance arithmetic, the steady cultivation of the perception that it will win the polls over a long period of time, and caste neutrality.

He did not agree that the assembly poll victory was an extension of the DMK-led alliance’s victory in the 2019 Lok Sabha polls.

“That was a total rout for the AIADMK-led alliance. During the Lok Sabha elections, it was Congress leader Rahul Gandhi for the Prime Ministership that was on the centre stage,” the analyst said.

In 2019 there was an anti-Modi wave in Tamil Nadu. But in the 2021 Assembly elections, Stalin was at the centre stage but there was no wave in his favour to rout the AIADMK, the analyst said.

Be that as it may, with the 2021 Assembly election victory and heading the state government, Stalin has very many challenges facing him.

First and the foremost will be arresting the spread of coronavirus.

As an opposition leader, he had fired several salvos against Chief Minister K. Palaniswami. And now Stalin has to take control.

As he used to say, the state finances were in bad shape. And now it is his responsibility to set it right while fulfilling many of the populist poll promises that were made this time.

After years of maintaining an anti-BJP stance, Stalin has to navigate carefully the centre-state relations as a Chief Minister.

What is now certain is that Stalin may come out of his father’s shadows. And the long wait to become the Chief Minister will soon get over.