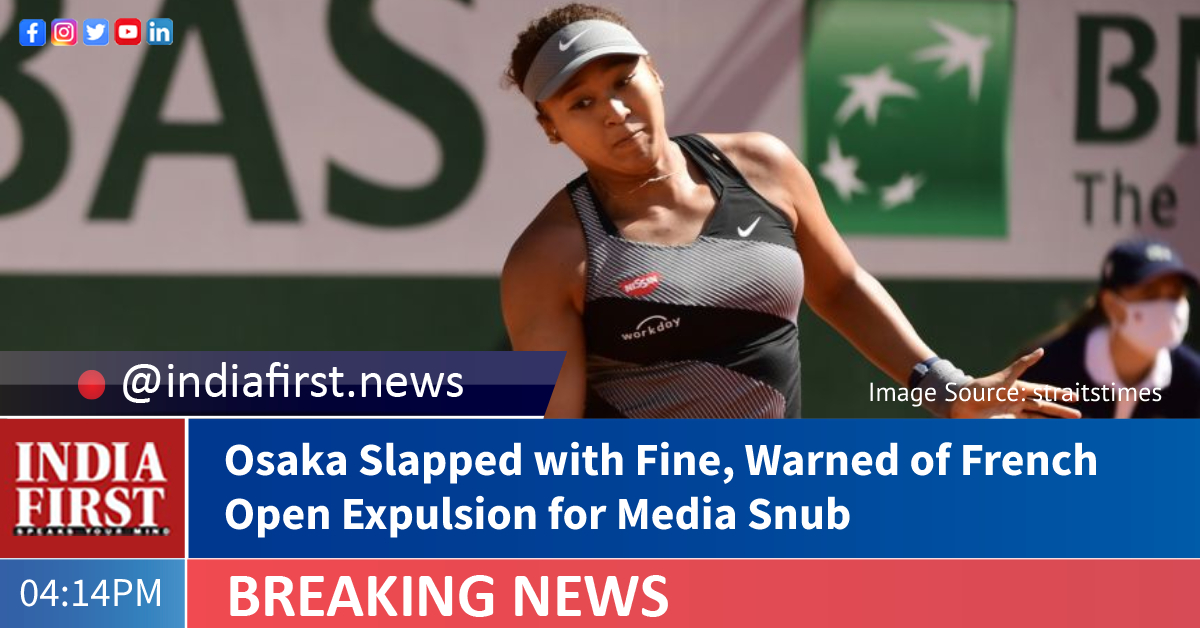 World No. 2 women’s tennis player Naomi Osaka was fined US$15,000 for refusing to speak to media after her first round win at French Open and faces expulsion from Grand Slam tournaments if she continues to do so.

The Japanese player had defeated Romania’s Patricia Maria Tig 6-4 7-6 (7-4) late yesterday but did not turn up to face media.

The rules of Grand Slam tournaments state that players can be fined up to US$20,000 for failing to meet media obligations which includes speaking at a post-match press conference.

“A core element of the Grand Slam regulations is the responsibility of the players to engage with the media, whatever the result of their match, a responsibility which players take for the benefit of the sport, the fans and for themselves,” the statement said.

“We have advised Naomi Osaka that should she continue to ignore her media obligations during the tournament, she would be exposing herself to possible further Code of Conduct infringement consequences,” it added.

“As might be expected, repeat violations attract tougher sanctions, including default from the tournament and the trigger of a major offence investigation that could lead to more substantial fines and future Grand Slam suspensions,” the statement said further.

On Wednesday, the player had issued a statement saying she would not face media during French Open since she believed the mental health of players gets affected due to impact of news conferences.