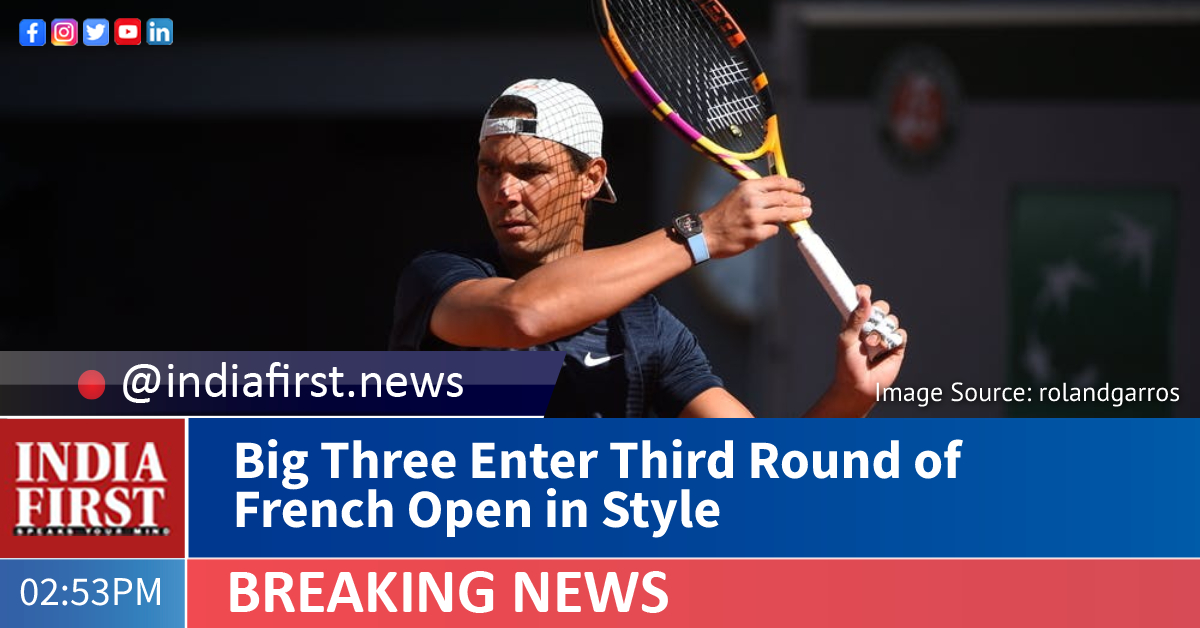 Former world No.1 Roger Federer, the oldest player in the men’s draw, entered the third round of French Open yesterday with a 6-2, 2-6, 7-6(4), 6-2 win over Marin Cilic of Croatia. World No.1 Novak Djokovic and 13-time French Open champion Rafael Nadal, too, moved into the third round.

Switzerland’s Federer, who is in Djokovic’s half of the draw and could possibly meet the world No.1 Serbian in the quarter-finals, will next clash with Dominik Koepfer. The German defeated 30th seed Taylor Fritz 6-3, 6-2, 3-6, 6-4 to advance.

Djokovic defeated Pablo Cuevas of Uruguay 6-3, 6-2, 6-4 to move into the third round. He hit 31 winners to clch the match in two hours and nine minutes.

The world No. 3 rom Spain, who turned 35 yesterday and was playing his first night match at the Roland Garros, took his head-to-head to 17-0 against Gasquet which is one of the most one-sided in Open era of tennis.

Federer was out of action for most of last year following two knee surgeries. He is, however, getting into form at Roland Garros – his third tournament of the season after defeating Denis Istomin in the first round.

Federer improved to 10-1 in his ATP head-to-head record against Cilic in their sixth meeting at a Grand Slam. These include the 2018 Australian Open final and 2017 Wimbledon final. Federer won both. Their battle yesterday also marked the fourth different Grand Slam meeting for Federer and Cilic.