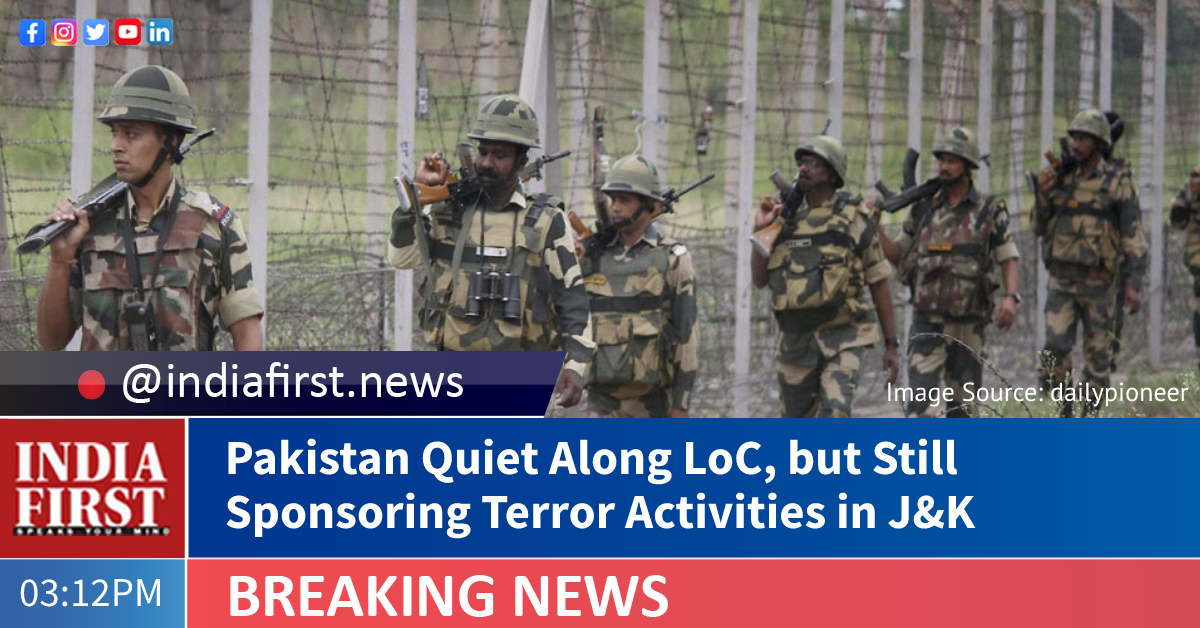 Even though not a single incident of ceasefire violation has taken place along Line of Control (LoC) ever since an agreement was reached in February between Indian and Pakistani forces, incidents of terror activities in Jammu and Kashmir do not seem to stop.

“The incidents of terrorists killed so far this year compared to last year is due to the heightened security apparatus,” said a senior government official.

The figures with the security agencies state that in 2020, a total of 221 terrorists were killed, while 158 militants were gunned down in 2019 by the forces.

The security establishments pointed out that despite Pakistan agreeing to maintain peace along the LoC, it has not stopped sponsoring terror activities in the Valley.

Further, the intelligence agencies have alerted security establishments about a flurry of terrorist activities in their hideouts close to the LoC in areas under the control of the Pakistan Army.

Sources said that terrorist training camps have been active in Pakistan and groups have gathered across the LoC, possibly for infiltration attempts.

According to intelligence agencies, on June 1, different groups of terrorists gathered in the Lipa Valley opposite Keran, Naugam and Rampur sectors.

The agencies further pointed that last month, 24 terrorists had begun training in Nikial – four from Jaishe-e-Mohammed, 10 from AI Badr and 10 from Laskhar-e-Taiba – preparing for infiltration.

“All the terrorists are being trained by a retired SSG commando colloquially named Abu Tala, and Major Umar of 15 SIND (Nikial),” intelligence agencies stated.

Sources said that inputs are very clear that terror groups still have all the support of the Pakistan Army even though there has been a decision to restore ceasefire and no violations have taken place since February 25.

Similarly, frequent gatherings of a group of terrorists have been reported over the last month.

On May 24, simultaneous gatherings of groups ranging from 5-8 terrorists were reported from Tanagdhar, Naugam and Poonch.

Again, on May 25, a group of four Hizbul Mujahideen terrorists divided into two groups concentrated opposite Uri.

The pattern has been similar over the last one month, official said, based on reliable inputs that have been coming in.