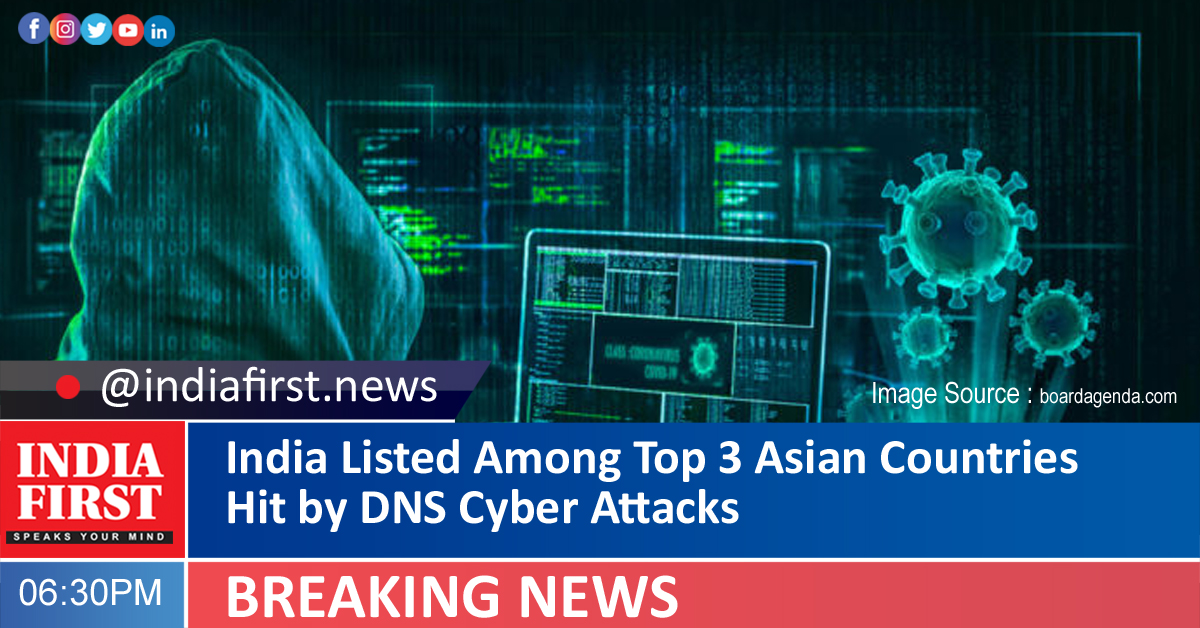 India is among top three countries in Asia which experienced highest cost of DNS (domain name system) attacks in 2021 to date, as nearly 90 per cent of organisations globally experienced DNS attacks, with the average cost of each attack around US$950,000, a new report showed today.

The report, conducted in collaboration with the IDC, showed that organisations across all industries suffered an average 7.6 attacks this past year amid the pandemic.

Around a quarter of companies have suffered a DNS attack abusing cloud misconfiguration, with almost half of companies (47 per cent) suffering cloud service downtime as a result of DNS attacks.

The threat report, now in its seventh year, also found a sharp rise in data theft via DNS, with 26 per cent of organisations reporting sensitive customer information stolen compared to 16 per cent in 2020’s Threat Report.

“As workers look to more permanently transition to off-premise sites, making use of cloud, IoT, edge and 5G, companies and telecom providers should look to DNS for a proactive security strategy,” said Ronan David, VP of Strategy for EfficientIP.

This year, phishing also continued to grow in popularity (49 per cent of companies experienced phishing attempts), as did malware-based attacks (38 per cent), and traditional DDoS attacks (29 per cent).

“While it is positive that companies want to use DNS to protect their increasingly remote workforces, organisations are continuing to suffer the costly impacts of DNS attacks,” said Romain Fouchereau, Research Manager European Security at IDC.