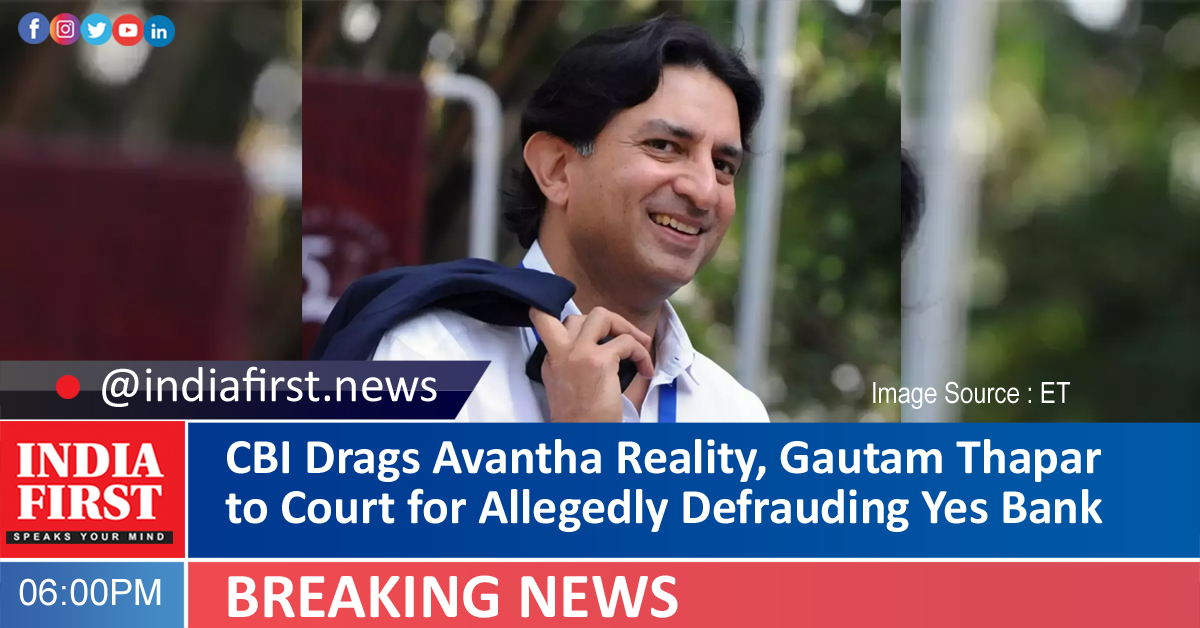 The Central Bureau of Investigation (CBI) has filed a case against industrialist Gautam Thapar of Avantha Reality and Oyster Buildwell Pvt Ltd among several others for allegedly cheating Yes Bank to the tune of Rs 466 crore.

The CBI officials said that the agency sleuths were also carrying out searches at over a dozen places in connection with the case.

The CBI registered a case on June 1 this year on the complaint of the Yes Bank.

The complaint alleged criminal breach of trust, cheating, criminal conspiracy and forgery for diversion or misappropriation of the public money during the period from 2017 to 2019, thereby, causing loss to the tune of 466.5 crore to Yes Bank.

The CBI in its FIR alleged that Kapoor obtained illegal gratification in the form of a property in a prime location in New Delhi at much less than the realisable market value belonging to Avantha Realty Limited (ARL), for a loan taken by it from the Yes Bank for extending concessions in the already existing credits provided to Avantha Group and for advancing additional loans.

The CBI further alleged that Kapoor, his wife Bindu, also a director of the Bliss Abode Private Limited (BAPL) and Thapar, promoter of Avantha Group companies entered into a criminal conspiracy for the purpose of obtaining the “illegal gratification”.

The CBI FIR said that Kapoor bought the prime bungalow at Rs 378 crore, paying through BAPL, and the property was immediately mortgaged to Indiabulls Housing Finance Limited for a loan of Rs 685 crore – which was Rs 307 less than the market price.