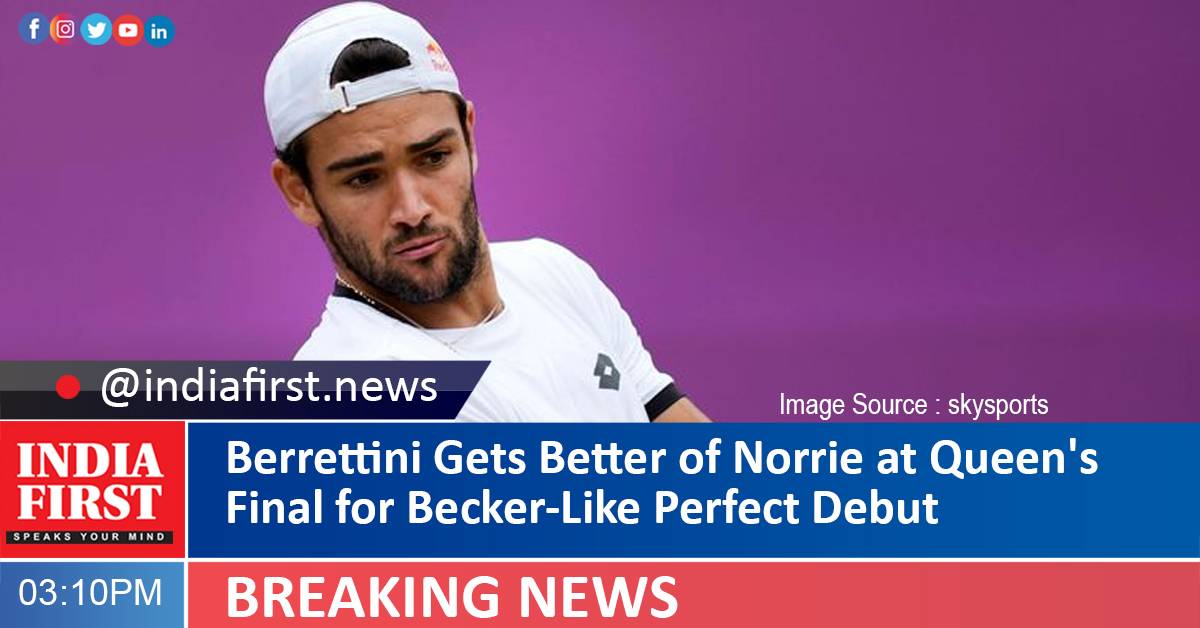 The 25-year-old Berrettini, ranked ninth in the world, did not face a break point in the final to triumph after one hour and 57 minutes yesterday.

“(It was an) unbelievable week. If I think about (Boris’) name and my name, it’s crazy. I was dreaming about playing this tournament. I was watching (it) when I was a kid and now I had the chance to lift the trophy, so it’s a dream come true,” Berrettini told atptour.com after the match.

The champion had previously claimed four ATP Tour trophies, but none had come above the ATP 250-level. This is Berrettini’s maiden ATP 500 triumph.

“It was definitely a really good week. When you win a tournament, it means that you’re playing good. But I think during the tournament, after every match I was increasing my level,” Berrettini said.

“I think today I had to play my best tennis, especially in the important points, to win… I’m really happy with my performance overall.”

Berrettini enjoyed a fine run throughout the tournament, lifting the trophy with the loss of just one set. The Italian, who also defeated former world No. 1 Andy Murray, current British No. 1 Daniel Evans and fourth seed Alex de Minaur this week, is the first Italian in the Open Era to win this title.