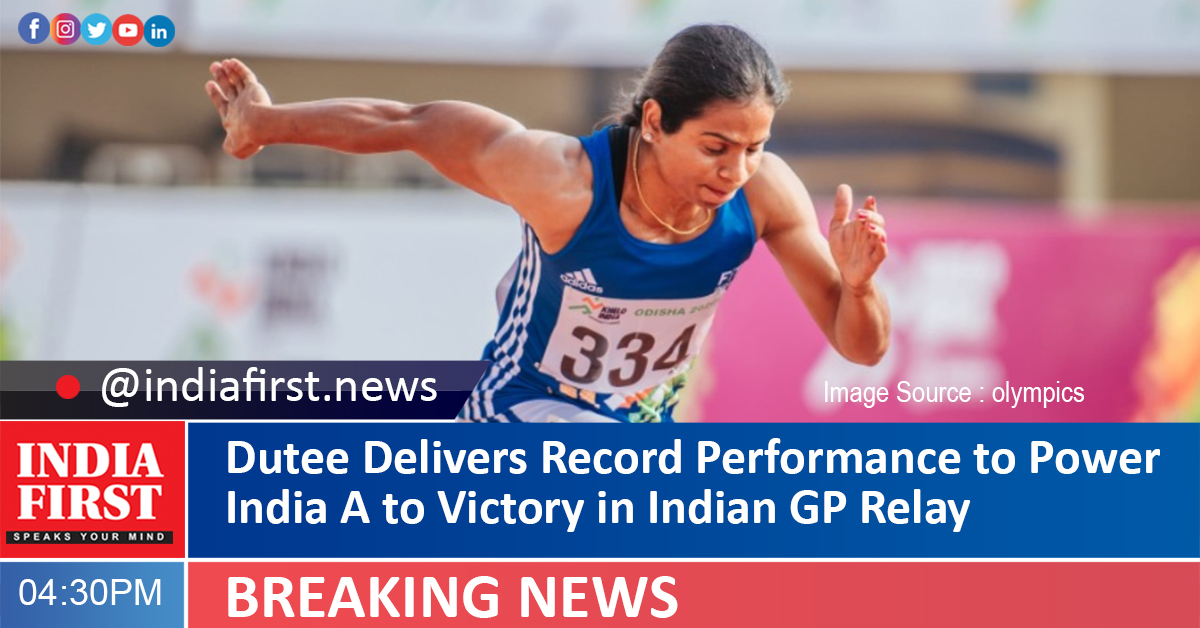 Later in the evening, Dutee clocked 11.17 seconds to improve her national 100m record of 11.24 secs which she had clocked in Ranchi in 2019. But she fell short of the Tokyo Olympic qualification time of 11.15 secs.

Daneshwari AT clocked 11.48 secs to finish second while Himashree Roy was third with a time of 11.17 secs.

Running in lane 3, India A quartet of Archana S, Dhanalakshmi, Hima Das and Dutee Chand clocked 43.37 seconds which was better than the previous record of 43.42 seconds posted by the national squad in 2016.

India B team clocked 48.02 secs while Maldives were a distant third with a time of 50.74 secs.

India’s Tokyo-bound women discus thrower Kamalpreet Kaur recorded 66.59 metres, but her effort will not be recognised as a national record because she was the only competitor in the field.

As per rules, it is mandatory to have a minimum of three athletes in fray for national record to be approved by the Athletics Federation of India (AFI).

Kamalpreet, 23, had recorded 65.06m in March, a national record, and it was better than the Olympic qualification of 63.50m, during the Federation Cup Athletics meet in Patiala.

Kamalpreet is the first Indian athlete to cross the 65m barrier. The previous national record of 64.76m in the name of Krishna Poonia was set in 2012.

In women’s javelin throw, Annu Rani won the gold medal with a distance of 60.58m. While Sanjana Chaudhary won silver with a throw of 53.54m, Shilpa Rani got bronze with 48.74m.