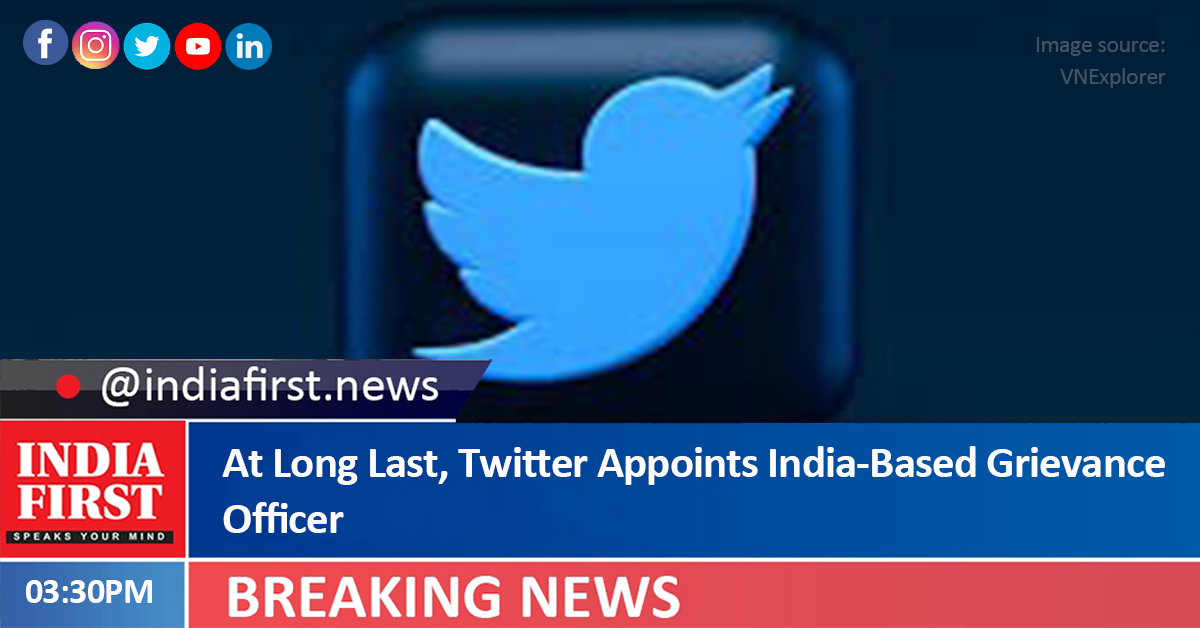 Paying heed to India’s demand, Twitter has finally appointed Vinay Prakash as its Resident Grievance officer (RGO) for the country.

The micro-blogging platform had informed the Delhi High Court last week that it will take eight weeks to appoint a resident grievance officer in compliance with the new IT rules.

Prakash comes with a public policy background and will work towards easing off the ongoing tension between Twitter and the IT Ministry, which now has a new minister in Ashwini Vaishnaw who made it clear on Day One that Twitter has to follow the law of the land.

The Delhi High Court on July 9 said that there is no interim protection for Twitter and the Centre is free to take any action if the micro-blogging site breaches the new IT rules.

The court said that it is open to the Centre to take action against Twitter in case of any breach of the rules, as it adjourned the hearing in the matter till July 28.

The court was informed by Twitter’s counsel that an interim chief compliance officer (CCO) has been appointed, which will be followed by an interim resident grievance officer (RGO) by July and an interim nodal contact officer will be appointed within two weeks.

However, Twitter said it reserves the right to challenge the new IT Rules.

The Delhi High Court earlier pulled up the micro-blogging site for failing to appoint a resident grievance officer (RGO), saying, “How long will your process take place? This cannot be allowed,” and gave a free pass to the Central government to act against the social media firm.