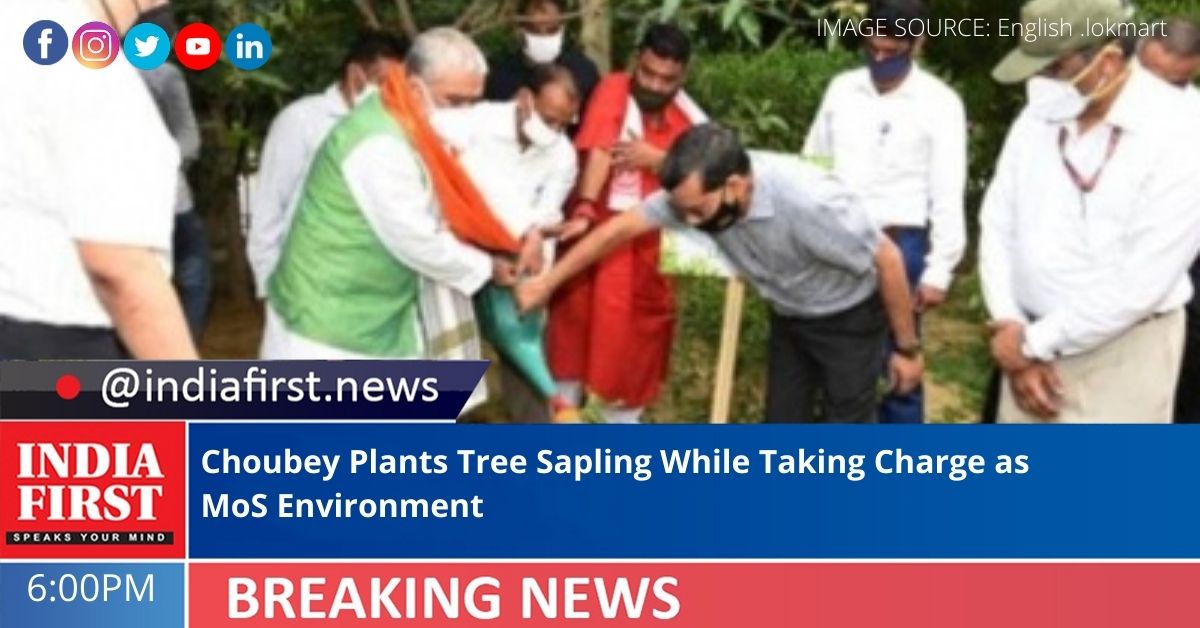 Choubey took charge after planting a tree sapling in the premises of the Environment Ministry. He was welcomed by Secretary, Ministry of Environment, R.P. Gupta and other senior officials.

Speaking to the media on the occasion, the Minister thanked the Prime Minister for giving him the responsibility and said that in the last seven years the Environment Ministry has done unprecedented work.

Choubey emphasised that increasing the forest cover further would be a priority area of his ministry.

Choubey was MoS in the Health Ministry before the cabinet rejig on July 7. Besides the environment ministry, the 68-year-old Bharatiya Janata Party (BJP) leader is also the MoS for the Ministry of Consumer Affairs, Food and Public Distribution.

Choubey is a member of the Lok Sabha from Buxar (Bihar) constituency. He has been member of the Bihar Legislative Assembly for five terms between 1995 and 2014 as well as Chairperson, Private Members Bill and Resolution Committee and Nature Conservation, and Pollution Control Committee, Bihar Legislative Assembly. He also served as Minister, Public Health Engineering Department, government of Bihar between 2008-2010.