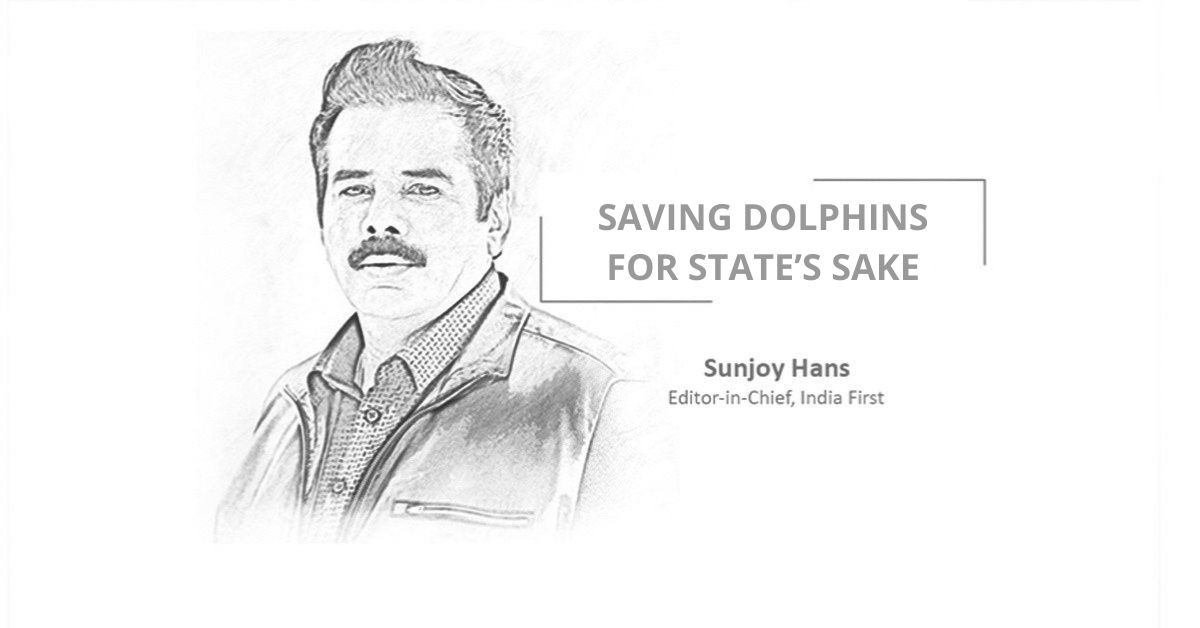 Amidst Chief Minister Naveen Patnaik’s increased emphasis on biodiversity preservation and showcasing Odisha’s wildlife to promote tourism in the state, there is growing concern over reports of dolphin carcasses washing ashore at some places in Jagatsinghpur district. Recently, a dead dolphin was spotted by the locals near the mouth of Jatadhari river within Kujang forest range limits. The discovery was shocking, as it came barely a fortnight after the sighting of another dolphin carcass near Paradip.

Dolphins are one of the major tourist attractions in coastal Odisha, especially in Chilika Lake where these human-friendly mammals are sighted more frequently than in other areas. Apart from the Irrawaddy dolphins, which are endemic to Chilika, species such as Bottlenose and Humpback are also sighted in Odisha waters. But considering that their total population in the state is still not very encouraging, any dolphin casualty sets alarm bells ringing.

Environmentalists feel that industrialization and water pollution are the major factors contributing to the death of dolphins. But in water bodies such as the Chilika Lake, which is considered to be their most favoured habitat, mechanized boats and gillnets (fishing nets that close around the gills when fish try to withdraw from narrow net openings) also pose a big threat to these mammals. Gillnets can choke the dolphins which need to surface every five to seven minutes to breathe. Similarly, propellers of mechanized boats can cause them fatal injuries.

In the days before the Covid-19 pandemic, hundreds of mechanized boats carrying tourists used to churn the Chilika waters every day. Most of these expeditions were to sight dolphins. Egged on by selfie-crazy tourists, the boatmen try to get as close to the dolphins as possible, in the process endangering their lives. The Chilika Development Authority (CDA), which manages the development of the lake, has evolved a dolphin watching protocol that restricts boatmen from getting too close to the mammals but violations are not unheard of.

What these boatmen and the tourists forget is that dolphins are eco-sensitive creatures and slow breeders that reproduce only once in two years. Excessive anxiety caused by the tourist boats chasing them could adversely impact their breeding cycle. No wonder the population of these mammals in the lake has been fluctuating over the years. Apart from Chilika, dolphins have also been sighted in the Gahirmatha Marine Sanctuary and the Rushikulya river mouth in Ganjam.

However, among the various species of dolphins found in Odisha, Irrawaddy dolphins are unique in that they inhabit mostly brackish water bodies near coasts, river mouths and estuaries. That is what makes Chilika, Asia’s largest brackish water lake, their favourite haunt.

The total population of these animals in the world is estimated to be around 7,500. Environmentalists say that anxiety caused by human interference and climate change could be important factors behind the drop in their numbers.

In Odisha, however, we need to protect them at all costs as their population is an important indicator of the health of our ecosystem. That is the reason why our Chief Minister has been laying so much emphasis on the preservation of Odisha’s biodiversity. The added incentive in the case of dolphins is that by saving them we can also contribute in a big way towards promoting tourism, which remains the focus area of the government due to its potential for employment generation.