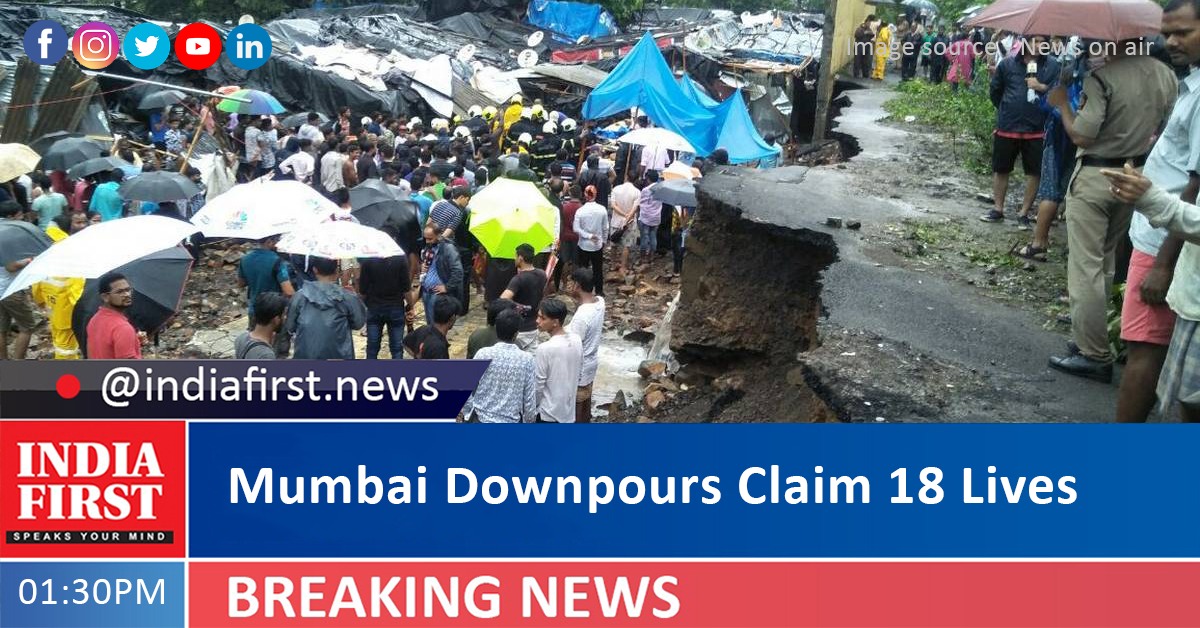 At least 18 persons were killed in several rain-induced tragedies as Mumbai and the surroundings were clobbered with heavy downpours early today, officials said.

As Mumbai slept, the skies opened up with torrential rains measuring between 150 mm to over 200 mm in some areas, submerging many areas and playing havoc with road and rail traffic.

According to the BMC Disaster Cell and NDRF, at least 12 persons were killed when a wall collapsed after a tree fell at Vashi Naka in the Chembur area around 1 a.m.

In another incident, at least 3 people perished when a few hutments caved in Suryanagar, Vikhroli east.

Around another 7-8 persons, injured in both incidents, have been rushed to the Rajawadi Hospital in Ghatkopar and are undergoing treatment.

However, the rain’s repercussions were not felt much immediately as it happened on a Sunday, with most people remaining indoors, as the intensity dropped since daybreak.

Soon afterwards, the water levels receded from dawn on, the Western Railway and Central Railway, which had their suburban and long-distance services either paralysed or badly hit, limped back to normalcy with limited operations.

The WR was hit due to flooding at Nalla Sopara and Virar, and the CR tracks were submerged at Dadar, Sion, Kurla, Parel, Chunabhatti and Tilaknagar.

The IMD Mumbai has warned of more rains during the day, including a few very heavy spells for which the BMC, NDRF, Police, Fire Brigade and other agencies are on high alert in Mumbai and the entire coastal Konkan region.