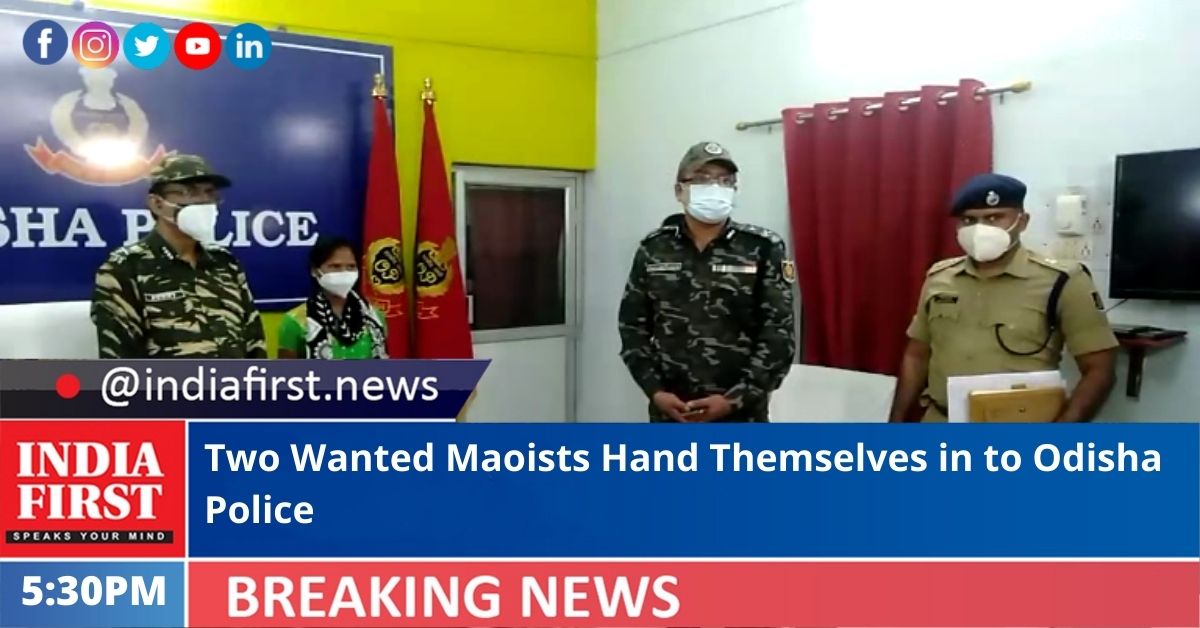 Both surrendered in presence of DGP Abhay at the Malkangiri SP office yesterday morning. They have been surrounded in view of rising Covid-19 infections among the Maoists, sources said.

“The State government has a good surrender and rehabilitation policy and we are putting continuous efforts to bring the Maoists to the mainstream of society,” he said.

These surrenders will motivate others to surrender and join the mainstream, he further said.

The DGP has further appealed to all to shun violence and come forward to surrender. All should join hands for furthering the developmental initiatives of the government.

The DGP and other senior officers of Odisha police, BSF also visited Temurpalli BSF camp. They reviewed the LWE scenario, interacted with BSF personnel & commended their efforts for significant progress made on the anti-naxal front in recent times, sources said.