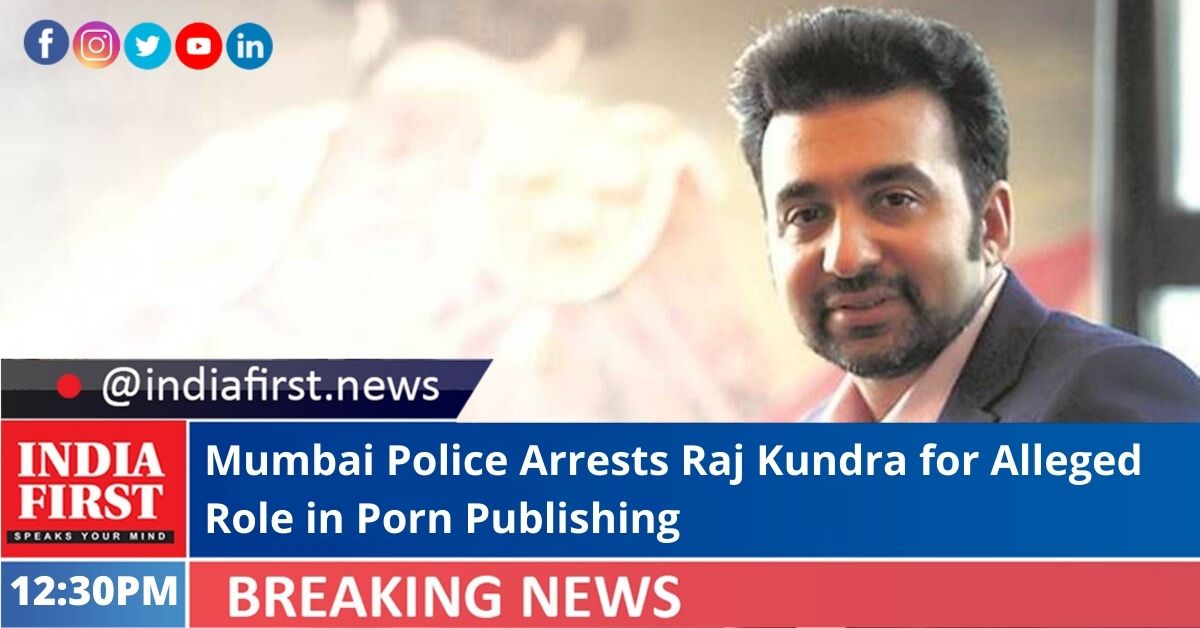 In a major swoop, the Mumbai Police late yesterday arrested businessman Raj Kundra – the husband of Bollywood actor and model Shilpa Shetty – for allegedly making pornographic content and publishing them through mobile applications.

The shocking action was based on a case registered by the police in February this year, Mumbai Police Commissioner Hemant Nagrale said in a late-night statement.

Thereafter, Kundra, a British-Indian businessman, was being investigated by the Crime Branch-CID of Mumbai Police.

“A case was registered with the Crime Branch about the creation of pornographic films and publishing them through some apps. We’ve arrested Raj Kundra in this case as he appears to be the key conspirator,” said Nagrale.

“We have sufficient evidences regarding this. Further investigation is in progress,” he added.