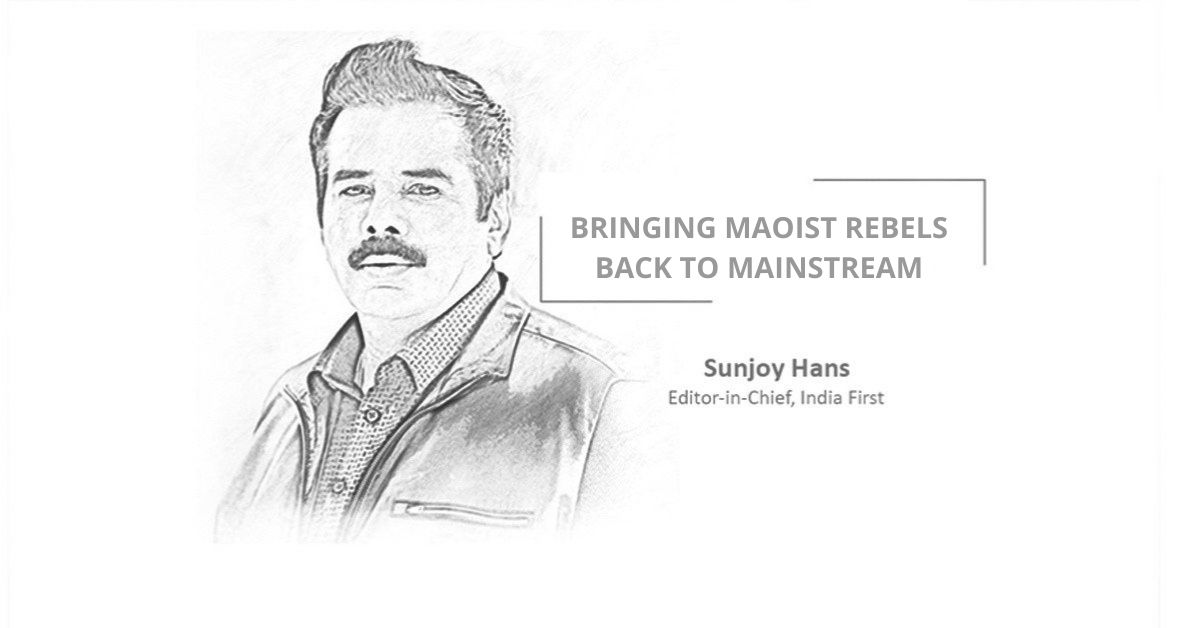 The recent surrender of three senior Maoists before director general of police Abhay in Malkangiri and Koraput, both known Red citadels, is indicative of the growing disillusionment among the rebel cadres with the ideology of violence that their leaders have been preaching and practising. Apart from resulting in unnecessary bloodshed, it has forced the cadres to lead the life of outlaws under the most trying circumstances.

As admitted by the Maoists who laid down arms before the DGP, a large number of cadres were suffering from COVID-19 but unable to get proper treatment as hospitalization is considered to be a risk by their leaders. Of the three rebels, who have decided to join the mainstream, two are women – one of them the commander of the Local Operational Squad (LOS) and another an Area Committee Member (ACM) of the banned CPI (Maoist). They should know.

There have been cases of surrender of Maoists even in the past, but this one is significant because it involves two high-ranking women cadres who have openly expressed their disenchantment with the rebel ideology and the kind of life they had been leading. They also admitted to have been attracted by the state government’s liberal rehabilitation policy for Maoist rebels, which has been designed keeping in mind Chief Minister Naveen Patnaik’s repeated call to the left-wing extremists to give up arms and return to the social mainstream.

As the DGP rightly pointed out while speaking to the media about the latest surrenders, the development also shows that the leadership of outlawed CPI (Maoist) is gradually losing its hold over its cadres who are eager to break the shackles and return to the mainstream. This has also been the Chief Minister’s message to them and the rise in the number of surrender cases is proof that the message has hit home.

Among the Indian states plagued by the problem of left-wing insurgency, Odisha has been most successful in curbing the menace, thanks to state government’s two-pronged strategy of intensified operation against the rebels and simultaneous development of the areas affected by their activities to undermine their popular support base.

That the strategy has been paying rich dividends is obvious from the declining influence of the Maoists in several districts where they once used to call the shots. For example, they now have only a nominal presence in Rayagada which was once one of their strongholds in the southern part of the state. They have also de-escalated their activities in Kandhamal, Malkangiri and Koraput due to lack of popular support which makes it difficult for them to find new recruits.

The Covid-19 pandemic has also dealt a major blow to the Maoist rebels in Odisha as well as neighbouring Chhattisgarh. There have been media reports about some top rebel leaders succumbing to the virus. The situation has set the ordinary cadres thinking about the futility of the so-called “revolution” that their leaders have been championing. There are bound to be more surrenders in the coming days.