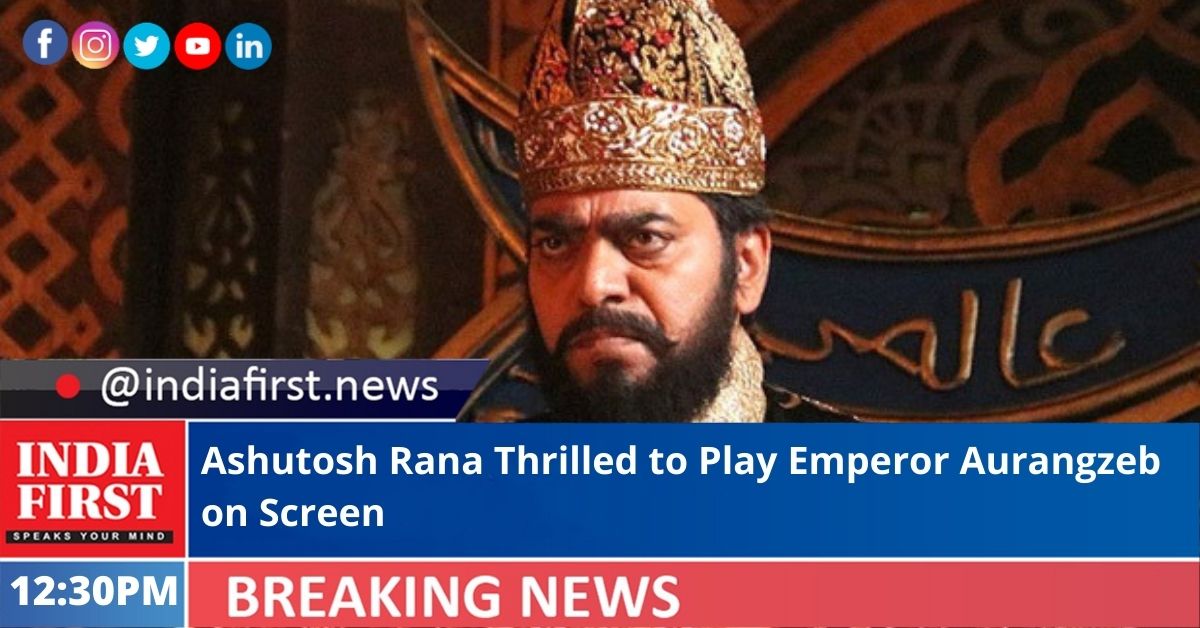 Actor Ashutosh Rana will soon be seen playing the role of emperor Aurangzeb in the historical web show “Chhatrasal”. The seasoned actor says that history and period dramas have always fascinated him.

The actor, who is well known for his work in films, says playing Aurangzeb was a great experience.

“Historical dramas are journeys into the past so they always take more effort. I have always found period dramas and biopics fascinating, they are one of my favourite genres to watch, so playing Aurangzeb Alamgir was a great process,” says Ashutosh.

The web show is based on life of unsung warrior king Chhatrasal of Bundelkhand.

Speaking about playing the role’s importance in the story, Ashutosh says: “I have always believed that a great story must have a courageous hero but his victory is celebrated even more if he’s facing a larger-than-life opponent. Chhatrasal’s magnanimous victory is still cherished because of the rival he faced and the uphill battle he undertook to fight for Bundelkhand’s independence.”

The show goes live on MX Player on July 29.