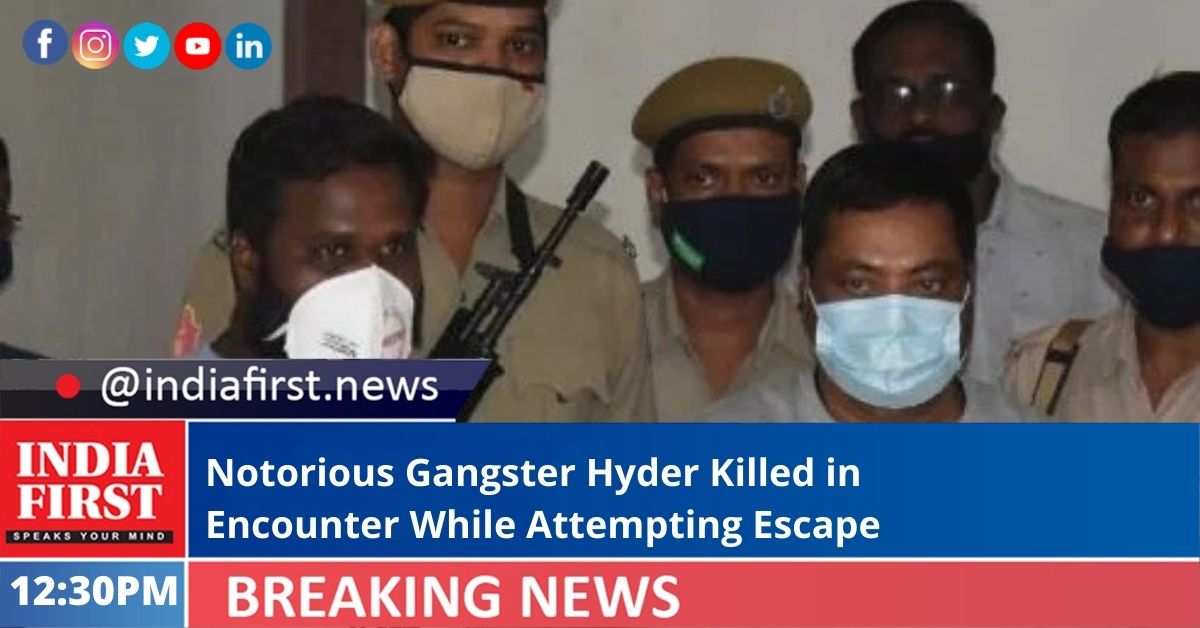 A dreaded gangster of Odisha – S.K. Hyder – who was serving a life sentence in a murder case, was killed in a police encounter yesterday.

The encounter took place while an escort party of the Cuttack Commissionerate Police, comprising one IIC, one sub-inspector, three havildars and a section of armed police, was shifting Hyder from Choudwar Circle Jail in Cuttack to the sub-jail at Baripada in Mayurbhanj district, said Bhubaneswar-Cuttack Police Commissioner Soumendra Priyadarshi. The gangster was being shifted for security reasons.

Midway near Simulia in Balasore district, Hyder requested the security personnel to stop for a while to attend nature’s call. After getting down from the police vehicle, he tried to snatch the gun from the sub-inspector and run away, Priyadarshi said.

“To control the situation and prevent him from running away, the escort team was forced to open fire on Hyder in a controlled way. He suffered bullet injuries. However, no police official was injured in the incident,” the police commissioner said.

Following the incident, the criminal was rushed to the district headquarters hospital (DHH) in Balasore in a critical condition. Later, doctors declared him dead.

Additional District Medical Officer (ADMO) of the DHH, Mrutyunjay Mishra said that the gangster died five minutes after being admitted to the hospital before the doctors could start his treatment.

The details of the number of bullets fired on him will be clear only after the postmortem, Mishra said.

In April this year, Hyder escaped from police custody while undergoing treatment at SCB Medical College in Cuttack. Following a massive manhunt, he was arrested from Telangana.

Hyder was involved in gang wars in Kendrapara district of Odisha and his name came to fore after killing S.K. Chuna, brother of his arch rival Suleiman in Kendrapara in 2005. He was arrested the same year from Nagpur for the murder and was awarded life imprisonment in 2011.

In 2015, he was sentenced to life again for his involvement in kidnapping and murder of mines trader Rashmi Ranjan Mahapatra.