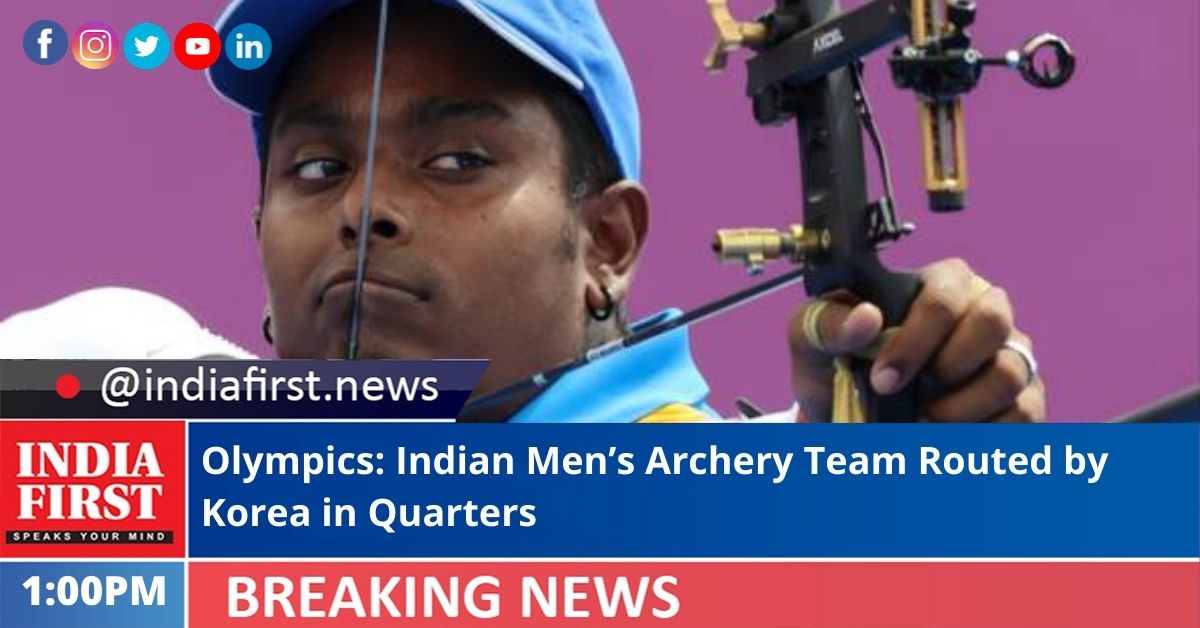 South Korea thrashed India 6-0 in the quarterfinals of the men’s archery event in Tokyo at the Olympic Games. The defending champions won the first three sets to seal the match 6-0 at the Yumenoshima Park Archery Field.

The Koreans won the first set 59-54 with five perfect 10s as against two perfect 10s by India. The team of Atanu Das, Pravin Jadhav and Tarundeep Rai got two 8s and two 9s.

The Korean team, comprising Je Deok Kim, Woojin Kim, Jinhyek Oh kept up the pressure in the second set as they fired five perfect 10s and a nine to get 59.

The defending champs tapered off a bit in the last set, managing 56 with three 10s, two 9s and one 8. In response, India could get only one perfect shot and managed four scores of 9 and one score of 8.

Earlier, India had beaten Kazakhstan 6-2 to reach the last-eight stage.