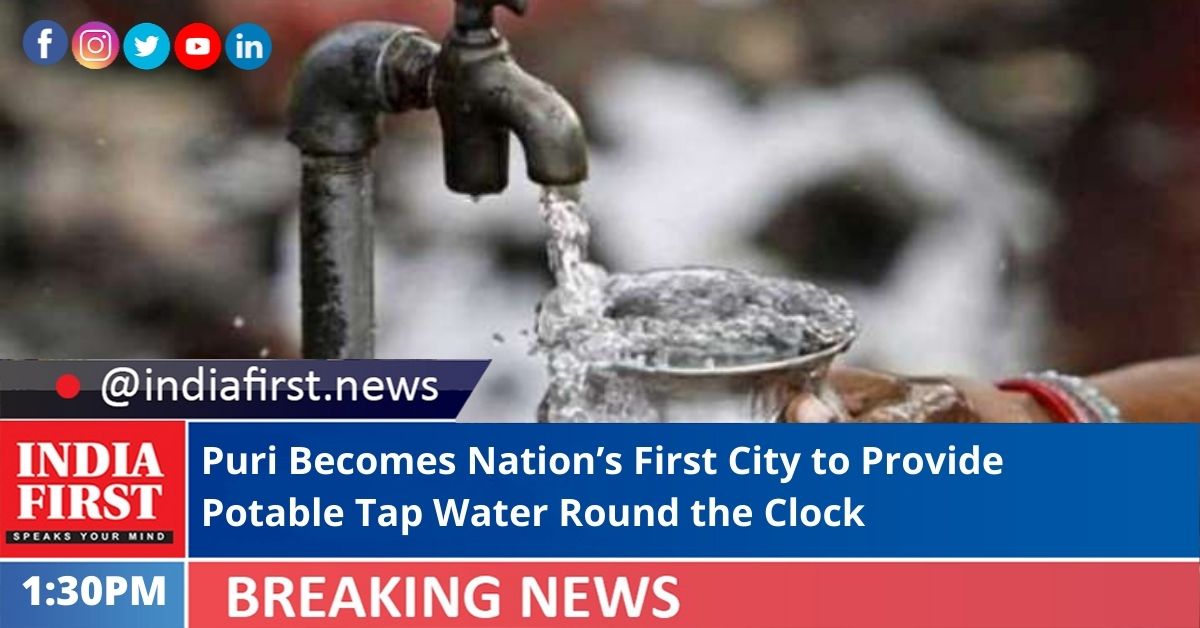 Now, people in Odisha’s temple town Puri can drink water directly from the tap and there is no need to store or filter the water as the facility is available round the clock, Chief Minister Naveen Patnaik said today.

With this the Jagannath Dham also become the first city in India to provide “drink from tap” quality water 24X7, he said while inaugurating the “Drink from Tap — Sujal” project in the town through videoconferencing mode.

“Puri now joins the league of global cities like London, Singapore and New York, which is a matter of pride for all of us.

“Today, a new chapter has been added in the development history of not only Puri, but the whole of Odisha. From today, all families in the Jagannath Dham Puri have got access to quality drinking water through taps,” Patnaik said.

The Chief Minister said his government has enhanced the budgetary allocation under drinking water supply by 20 times in past five years, from Rs 200 crore to Rs 4,000 crore.

This transformative initiative of the Odisha government’s ‘Sujal’ or ‘Drink From Tap’ mission falls under the 5T governance mantra and is set to benefit the city’s 2.5 lakh local population and 2 crore tourists who visit the holy city annually.

The government has set up 400 drinking water fountains in various places of the city. This provision of safe drinking water will further help prevent the usage of plastic bottles eliminating 400 metric tonnes of plastic waste, he pointed out.

Women Self Help Groups (SHGs) have been designated as “Jalsaathis” and they have a major role to play for the success of the project, he added.

Underprivileged women from Self Help Groups part of Mission Shakti, designated as Jalsaathis, have been hired as a key community link between public and the government on a performance-based and incentive-linked programme that furthers Odisha’s longstanding commitment to women empowerment and inclusion.

Apart from Puri, the mission is being implemented in 16 other cities across Odisha covering its 40-lakh population, said state Housing and Urban Development Minister Pratap Jena.