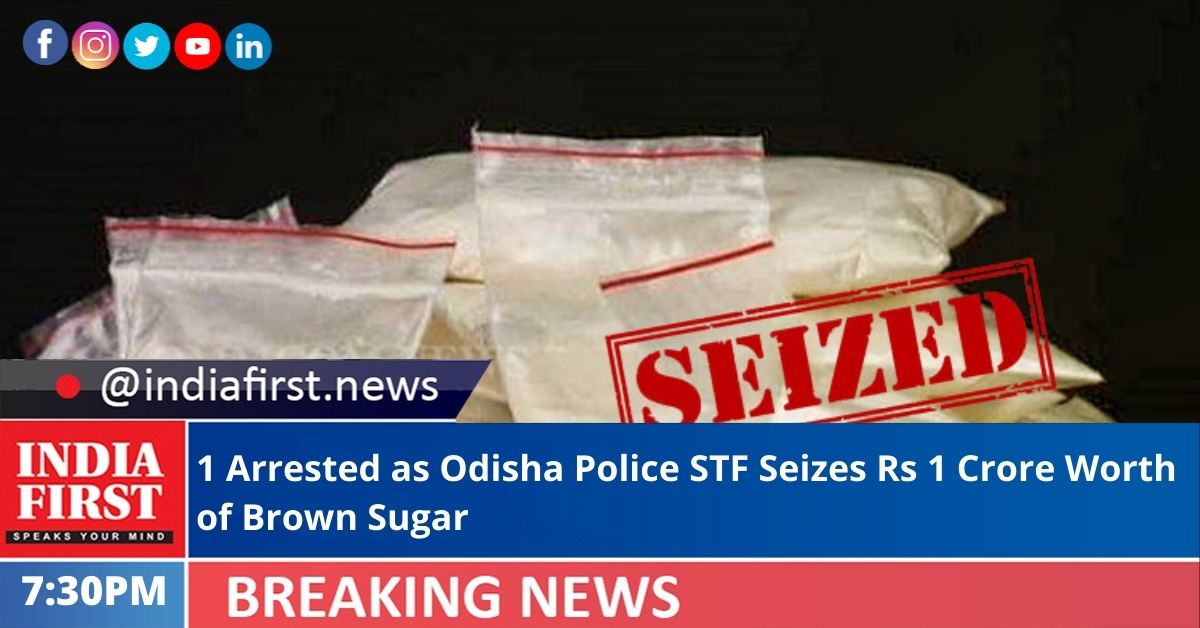 A team of Special Task Force (STF) of the Odisha Police today seized brown sugar worth over Rs 1 crore in Puri district and arrested one person in this connection, officials said.

The arrested person has been identified as Imataj Khan of the Pipili area. On the basis of an intelligence input, the STF team raided near Pipili-Nimapara over bridge and recovered 1.48 kg of brown sugar worth over Rs 1 crore from his possession, the police said.

The accused person could not produce any valid authority in support of possession of such contraband material, for which the accused person was arrested and will be presented before the court of District & Sessions Judge, Puri, they said.

The STF has registered a case under section 21(c) 29 of Narcotic Drugs and Psychotropic Substances (NDPS) Act, 1985 and further investigation is on.