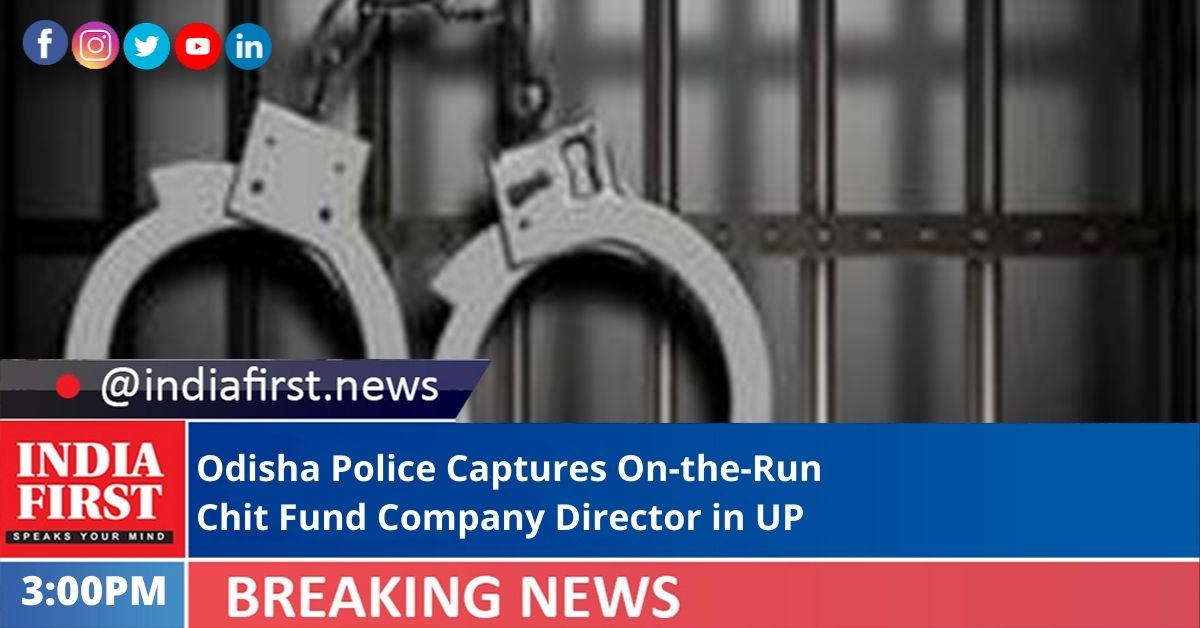 “EOW arrested one of the main accused, director of Inter Ocean Videsh Limited, in a multi crore fraud case from Bareilly, Uttar Pradesh. This refers to EOW case no 08/2016. He is being brought to Odisha on transit remand. Further investigation is on,” the EOW said in a tweet.

Jain, a resident of Rajasthan’s Bikaner, was absconding since registration of the case and was changing his location to evade arrest.

He was frequently moving from Bikaner to Delhi and from Delhi to Bareilly via Ghaziabad. On receipt of credible information, a team of EOW proceeded to New Delhi on July 21, and Jain was finally nabbed from UP on July 28 with the help of local police.

The Odisha Police team said it had got immense help from Bareilly police.

The accused was produced before a Bareilly court on Wednesday and is being brought on transit remand for his production before the Odisha Protection of Interests of Depositors (OPID) court at Cuttack, the EOW said in a statement.

The instant case was registered on the report of Laxmi Narayan Mohapatra of Talcher in Angul district on the allegation of unauthorised collection of public deposits under different deposit schemes and non-payment of maturity amount by the directors of chit fund company, Inter Ocean Videsh Ltd. and its sister concerns.

The company is registered with Registrar of Companies, Cuttack, having its registered office at Bhubaneswar and branch offices in other parts of the state, the statement said.

Earlier, in this case, two directors, namely Sunita Samal and Manoranjan Ray, were arrested. Jain was another director of the above companies.