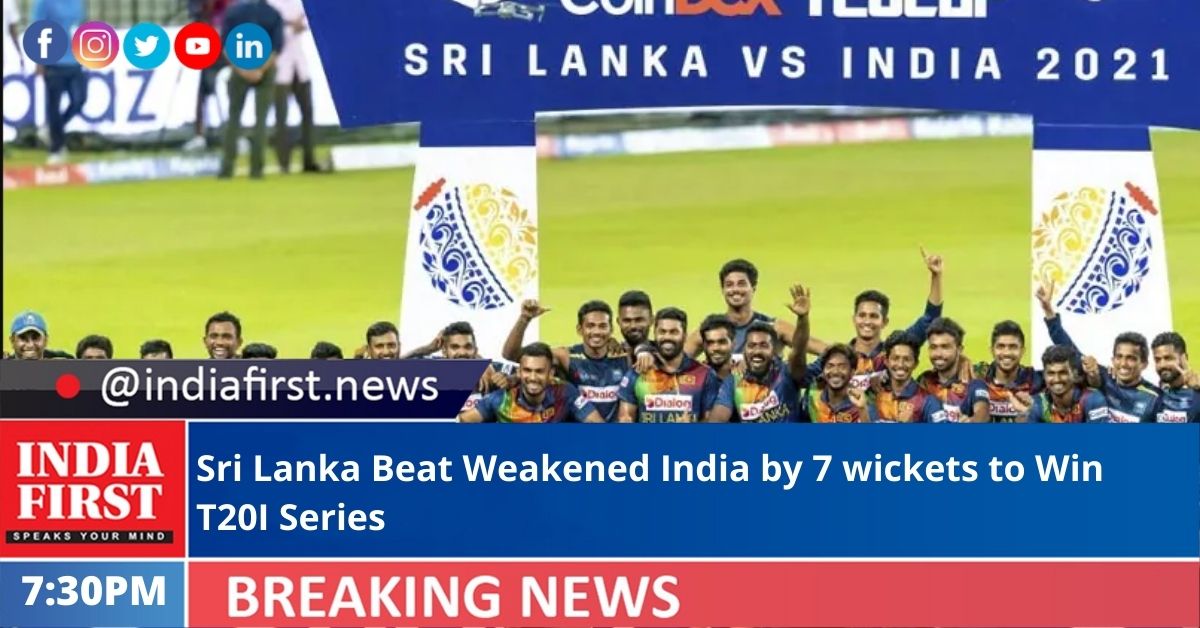 Sri Lanka crushed a depleted India by seven wickets to win the third and final T20 International and clinch the three-game series 2-1 at the R Premadasa Stadium in Colombo yesterday.

Leg-spinner Wanindu Hasaranga took 4/9 in his four overs to help host restrict India to a paltry 81/8 in 20 overs. The home side coasted to the total with 33 balls to spare.

The visitors were forced to field a below-strength team in July 28-29 final two T20Is since nine of their players, including Covid-affected Krunal Pandya, were in isolation.

The close loss on July 28 raised hopes of an India fightback and a possible series win in the decider. But a lack of batting depth saw India crumble.

With most of their batsmen in isolation, India had to field six bowlers, who were unable to bat.

Opting to bat first, India had a poor start when captain Shikhar Dhawan got out for a golden duck, falling in the first over.

A brief partnership between Ruturaj Gaikwad and Devdutt Padikkal ensued before the latter was scalped by off-spinner Ramesh Mendis with the team score being 23. Leg-spinner Wanindu Hasaranga then got two quick wickets to leave India tottering at 25/4.

Once the fourth wicket fell, Sri Lanka got into India’s tail with pace bowler Bhuvneshwar Kumar coming out to bat.

Kuldeep Yadav’s 23 off 28 took India to their eventual score. But it wasn’t enough.

The visitors reached the target with 5.3 overs to spare with Dhananjaya de Silva, sho saw them through to victory in the second T20I, scoring unbeaten 23 off 20 balls.

Hasaranga remained unbeaten on 14 off 9 balls.