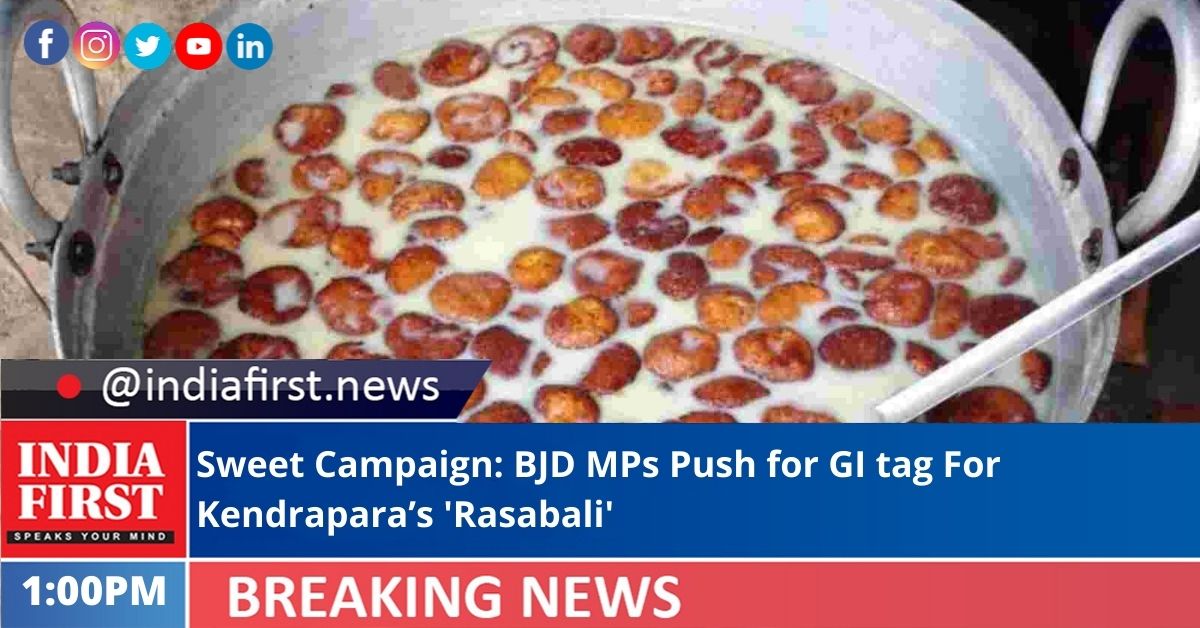 The MPs, in their memorandum, said: “Kendrapara Rasaballi, which originated in Baladevjew Temple more than 400 years ago, is deep-fried patties of cheeses soaked in thickened milk. Several people in Kendrapara district depend on the sale of the sweet for their livelihood.”

However, due to improper marketing strategies and misuse of its name, it has failed to gain widespread recognition, they said.

The MPs urged Goyal to consider according GI tag to the Kendrapara Rasabali as it will provide a distinct identity to the sweet delicacy while also building its reputation in the market nationally as well as at the international level.