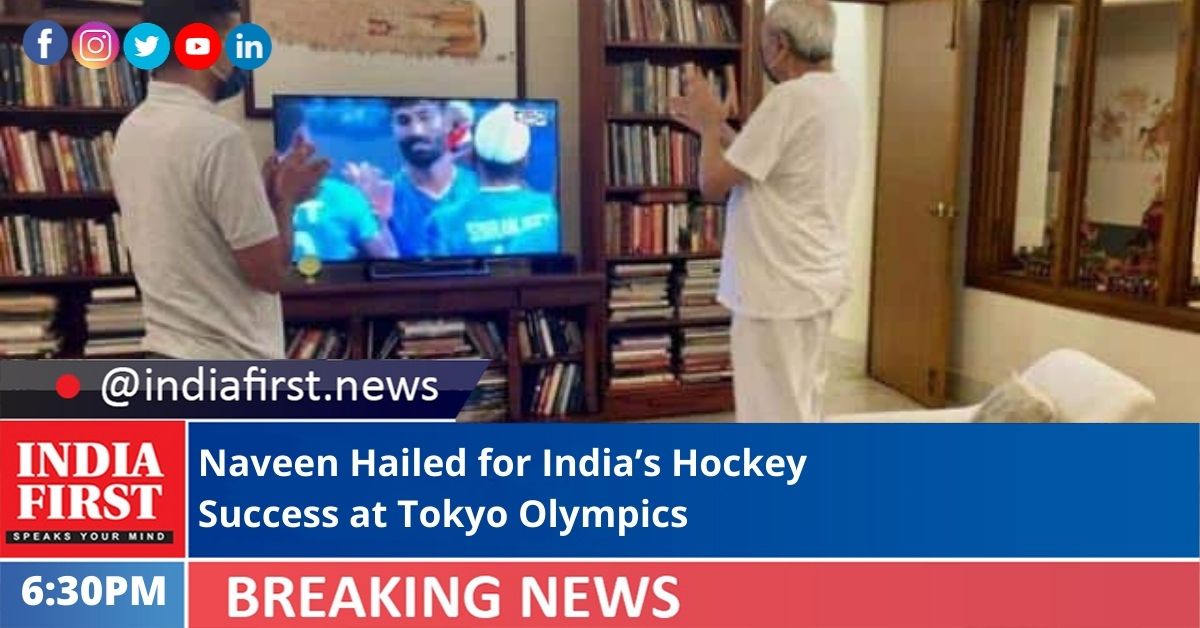 When India won the hockey bronze in Tokyo, many praised Odisha Chief Minister Naveen Patnaik, who was the goalkeeper of Doon School hockey team, for singularly supporting the Indian team since 2018.

When Sahara backed out from sponsoring the national men’s and women’s hockey teams, it was the Odisha government led by Patnaik that decided to sponsor both for the next five years. At that time, many had expressed surprise over this move.

The slogan stands out of the massive hoarding with a picture of the Chief Minister at the main gate of the Kalinga Stadium in Bhubaneswar.

The Chief Minister was himself a hockey player during his school days. He was the goalkeeper of the Doon School team. He did not stop only with sponsoring the Indian hockey teams. He followed up the action by taking steps to promote hockey in the state.

The Patnaik government has developed a world-class hockey stadium in Bhubaneswar and successfully hosted several national and international tournaments, such as the Champions Trophy (2014), Hockey World League (2017) and Men’s Hockey World Cup (2018).

In 2019, in recognition of his government’s contributions to the sport, the International Hockey Federation (FIH) presented the prestigious FIH President’s Award to the Chief Minister.

On May 29 this year, on the occasion of the completion of the second year of his government’s fifth term, Patnaik said: “We continue to focus on sports development in the state. Sports development projects worth more than Rs 1,000 crore have been taken up, including the development of India’s largest hockey stadium in Rourkela.”

According to a government source, the state will invest more than Rs 350 crore on the development of the Birsa Munda International Hockey Stadium and practice pitch in Rourkela, and the expansion of the Kalinga Stadium. These two stadiums will host the next edition of the Men’s Hockey World Cup in 2023.

With the raw talent available in the tribal belt, especially Sundergarh, hockey players such as the former captain, Dillip Tirkey, were essentially the torchbearers of the sport in the state.

To popularise hockey in Sundergarh, the state government has decided to set up 17 training centres in the district at a cost of Rs 150 crore. These training centres will have synthetic hockey fields (sand dressed) and an administrative /changing room building, the source said.

The Naveen Patnaik government has also decided to develop sports infrastructure, including indoor stadiums in different urban local bodies across the state with an investment of Rs 462 crore.

With all these initiatives in place, the state was able to send four players – Amit Rohidas, Birendra Lakra, Deep Grace Ekka and Namita Toppo – to represent India at the Tokyo Olympics in both men’s and women’s hockey.

After winning the bronze in Tokyo yesterday, the Indian men’s hockey team captain Manpreet Singh thanked the Chief Minister for his support. “I also would like to thank Sri @Naveen_Odisha Ji for his constant support to Indian hockey!” Singh tweeted.