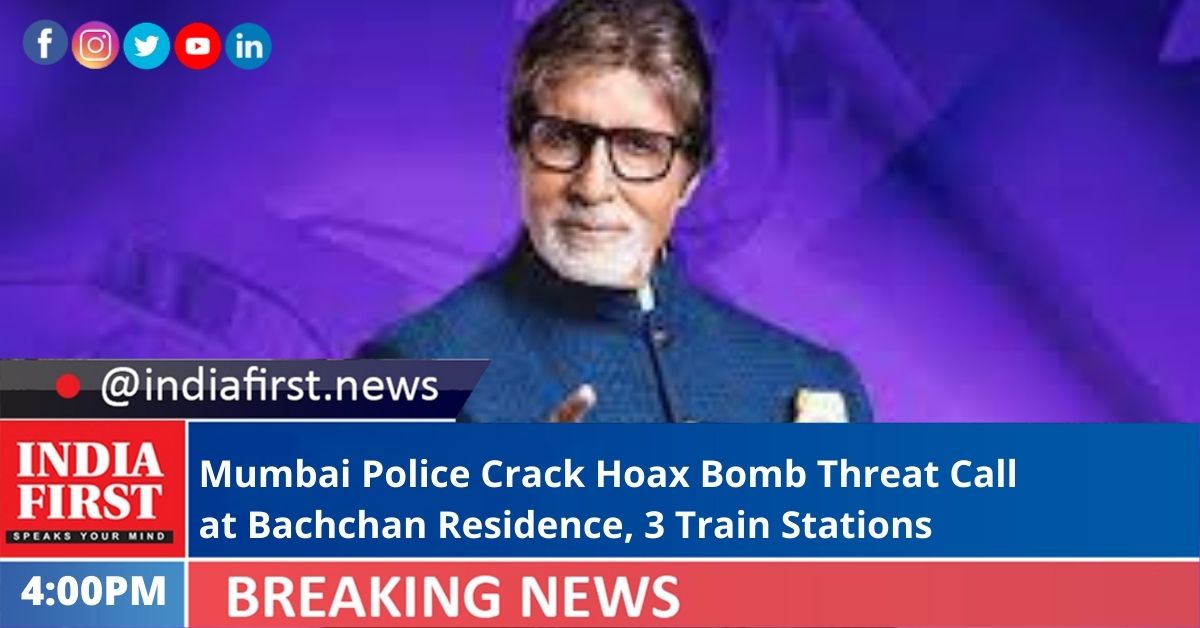 The Mumbai Police and other agencies spent anxious hours after they chased bombs allegedly planted at Amitabh Bachchan’s bungalow and three railway stations, which finally turned out to be hoaxes, an official said today.

Two persons, including a truck driver, have been picked up for interrogation from Thane for the bomb threats call received at around 8.53 pm yesterday, said an official.

Not willing to take any chances, various crack agencies and the Mumbai Police’s Bomb Detection & Disposal Squad (BDDS), searched all the locations – Bachchan’s bungalow, and the UNESCO World Heritage site Chhatrapati Shivaji Maharaj Terminus, Byculla and Dadar stations, all on Central Railway – but nothing was found.

With the Independence Day celebrations round-the-corner, security is usually tightened at all sensitive locations.

Later, the police tracked the alleged caller to Mumbra in adjoining Thane district, then nabbed a truck driver. One more person was also picked up along with him and further procedures are under way.